It’s A Double Up For Anand! 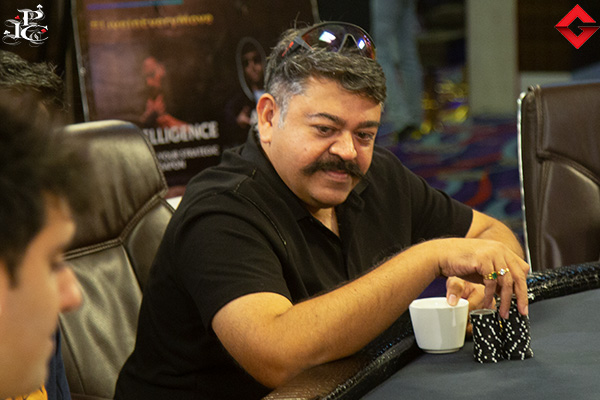 Anand Thakur managed to steal some chips from the chip leader, and double up in the process. Siddhanth Kripalani shoved his huge stack from the button, and he was called by Thakur, who had to shove his entire stack in, in order to call. Kripalani revealed Q ♣ 7 ♣, and Thakur showed pocket kings. The rainbow board showed T ♦ 4 ♣ T ♠ 2 ❤ J ♣ allowing Thakur to double up with his two pairs (KK, 44). It was a much-needed double up for Thakur who sat with one of the smallest stacks. Kripalani still sits with a monster stack that looks like a mini fortress, Kripalani has managed to build.

After the hand was over, the most entertaining player on the table, J Raju, was seen joking with Kripalani as to how shoved all-in with Q7, and that he too, would play the hand if he knew. He also joked about how Kripalani should give one double up to all the remaining three players on the table.