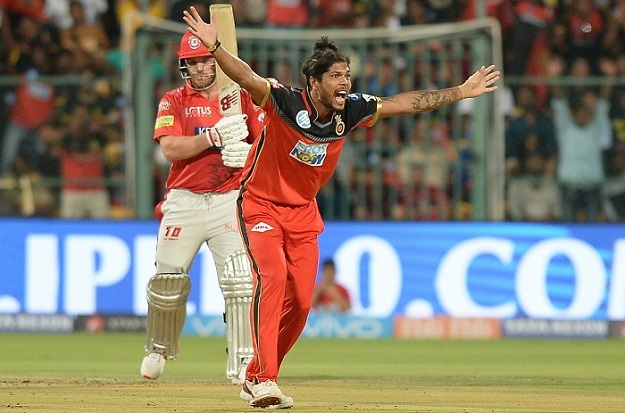 
The Royal Challengers Bangalore have won a match in the Indian Premier League!

RCB fans will know how much that statement means, given that the team won just 3 out of their 14 league matches in 2017, and ended the year with a streak of losses too. They began the 2018 season with a loss against Kolkata, after having put a competitive total on the board.

The toss was going to be vital as all but one match in this season have been won by the team batting second. Virat Kohli would’ve known that half the job was done when the won the toss and elected to field. Umesh Yadav bowled a probing line and length, and finished with brilliant figures of 3/23 as Kings XI Punjab were bowled out for 155.

Wickets kept tumbling at the other end as KL Rahul kept the scoreboard ticking. He was finally dismissed for 47(30) but regular wickets kept falling. Captain Ravi Ashwin then played a sensible knock of 33(21) at the rear-end, to take his team to a respectable total of 155. However, was that going to be enough?

Just when you would think RCB are finally in the position to win a match, Axar Patel dismissed Brendon McCullum for a golden duck, and captain Kohli was later dismissed for 21 by the 17-year old Mujeeb Zadran. The RCB top four includes the likes of de Kock, de Villiers, Kohli and McCullum, and one of these top four need to be around till at least the 17th-18th over if the team has to do well this season.

That is exactly what happened yesterday, with de Kock scoring 45 and being dismissed in the 12th over, while de Villiers played the anchor knock of 57(40), being dismissed in the 19th over with the job almost done. RCB finally registered their first win of the season, winning by 4 wickets and 3 balls to spare. Man of the Match: Umesh Yadav.

If you missed the live cricket matches today, don’t worry. We at GutshotMagazine.com bring you all the latest cricket news and IPL match results. So, stay tuned!