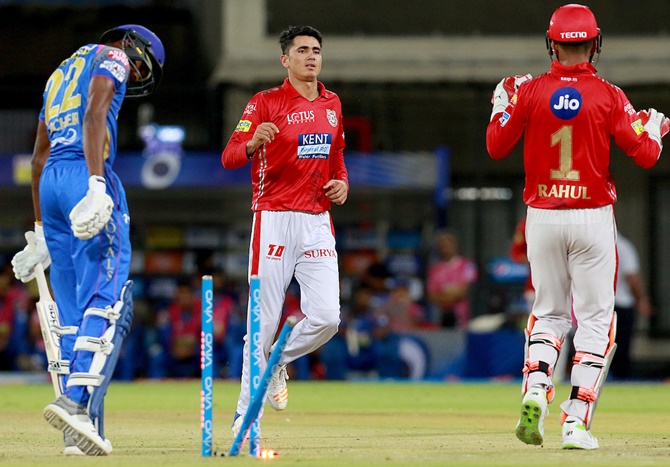 IPL 2018: Rajasthan Royals slip to bottom of the table


They purchased the most expensive player as well as the second most expensive player of the IPL 2018 auction and yet Rajasthan Royals find themselves languishing at the bottom of the points table. Stokes has only 2 wickets and 160 runs in 9 games thus far, while Unadkat has just managed 7 wickets. With 3 wins in their 9 games so far, Rajasthan now can’t afford to lose any more matches if they wish to reach the playoffs.

The trend of captains electing to field first continued as Ravi Ashwin won the toss for Kings XI Punjab and put Rajasthan in to bat. Jos Buttler’s string of low scores ended after he was promoted to the top of the order, following up his 67 against Delhi with 51(39) last night as every other batsman faltered around him.

Shreyas Gopal and Sanju Samson scored twenties as Rajasthan put up a fairly mediocre total of 152/9. The 17-year old Mujeeb Zadran was the star with the ball for Punjab once again, picking up 3/27 and taking his tournament tally to 12, which is equal to Afghanistan’s star bowler Rashid Khan’s tally this season.

Rajasthan would’ve believed that they were in with a chance when they got the big fish Chris Gayle within the powerplay, followed by the wicket of Mayank Agarwal too. RR reduced Punjab to 87/4 in 12.5 overs, which put the hosts in a slight spot of bother. However, KL Rahul held the fort from one end and kept scoring runs effortlessly.

He paced his innings well and upped a few gears towards the end, which converted a seemingly close game into an easy finish, as KXIP got over the line in 18.4 overs. His 84(54)* saw 7 boundaries and 3 sixes as he moved to #3 on the Orange Cap list and his team moved to #3 on the points table. Man of the Match: Mujeeb Zadran.