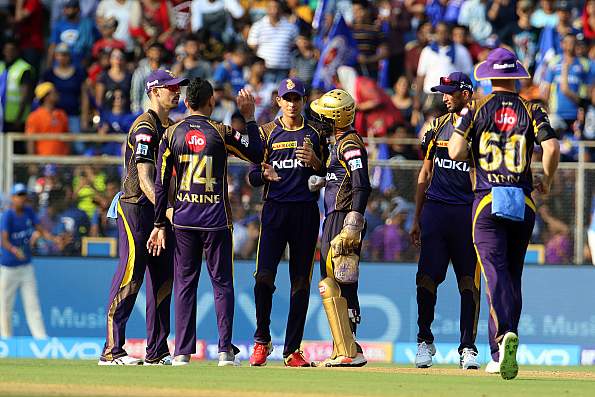 IPL 2018: Kolkata and Rajasthan face off in knock out


Yesterday, Chennai Super Kings defeated Sunrisers Hyderabad in Qualifier 1 and tonight, Kolkata Knight Riders play Rajasthan Royals in the Eliminator. Unlike yesterday, these teams don’t have the luxury of getting another chance if they lose tonight. The winner of today’s game plays Sunrisers in Qualifier 2 while the loser packs their bags and heads home.

Kolkata have one huge advantage in this game, that of playing at their home ground Eden Gardens. Apart from that, they won both their previous league encounters against Rajasthan in IPL 2018 and Kolkata also lead the overall head to head count, 8-7. At this venue, Kolkata lead the count 5-1 and the last time Rajasthan beat KKR at Eden Gardens was way back in 2008.

All signs are pointing towards a Kolkata win as they are a team that have won the IPL title twice in the past and they know how to handle the high-pressure matches. Further, Rajasthan have lost two main overseas players in Jos Buttler and Ben Stokes. It’s going to be very tough for them to get past KKR at home.

This is a spin friendly pitch and 12 overs from KKR spinners Kuldep Yadav, Sunil Narine and Piyush Chawla could be tough to face, especially since RR don’t have many batsmen in good touch. Their only current batsman who has scored over 400 runs this season is Sanju Samson and a lot of hopes will be resting on him.

Rajasthan is stronger in the bowling department, having played three overseas bowlers in their last game. Jofra Archer has played only 9 games, but he is their leading wicket taker with 13 scalps so far. He will need to add quite a few in today’s game if he wants to play another match in IPL 2018. At the same time, leg spinner Ish Sodhi will have an important part to play in this game.

While Kolkata are overwhelming favourites, you never know what can happen in these knockout games, and proof of that was yesterday’s roller-coaster game between Chennai and Hyderabad. Keep reading GutshotMagazine.com for an update on these games tomorrow!