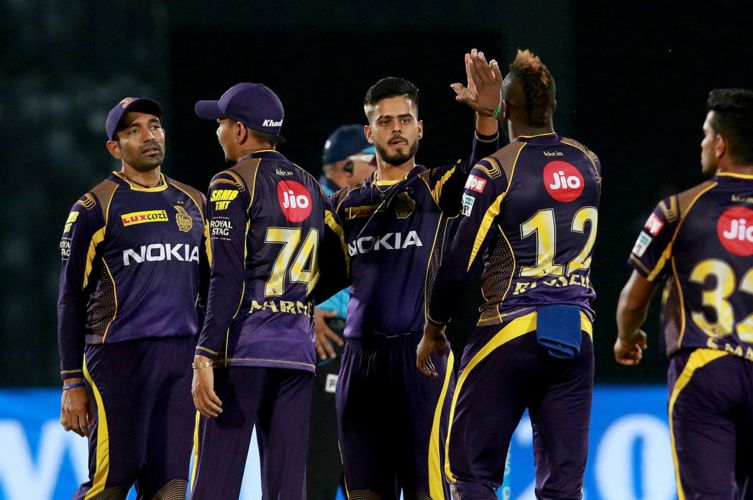 
After a couple of losses early on, Kolkata Knight Riders now seem to be back on track, playing the level of cricket their squad is capable of. Last night, it was another clinical all-round performance by the KKR team, which has now given them 3 wins out of 5 so far and sent them to the top of the IPL 2018 points table!

Never did they look like breaking a sweat last night, winning the toss, electing to field first, and picking up regular wickets after Ajinkya Rahane’s early barrage of boundaries. They didn’t allow any of the Rajasthan Royals’ batsmen to settle down, with a total of 160/8 eventually being posted. D’Arcy Short’s painstaking 44(43) was the top individual score for RR.

Sunil Narine was the only KKR bowler who didn’t get among the wickets, conceding his most expensive spell in the IPL – 0/48. However, he decided to make up for it with the bat, scoring 35(25) which made it his longest IPL innings in terms of balls faced. All the talk was about who would be the better all-rounder between Ben Stokes and Andre Russell, but people surely forgot about Narine and his newfound batting abilities.

While Chris Lynn was bowled for nought, every other batsman got scores of 30+ and KKR were strolling to a victory at Jaipur. Dinesh Karthik promoted himself above Russell, scored a quick 42(23)* and also finished the game off in style – with a hoisted SIX over long-on. Nitish Rana was also unbeaten on 35, after having picked up 2 wickets earlier! Man of the Match: Nitish Rana.

KKR catapulted to the top of the table, but Sunrisers Hyderabad have 2 games in hand, and could very well go back to #1 after tonight’s game against Kings XI Punjab. If you miss the live cricket match tonight, head over to GutshotMagazine.com where we bring to you all the latest cricket news and IPL match results!