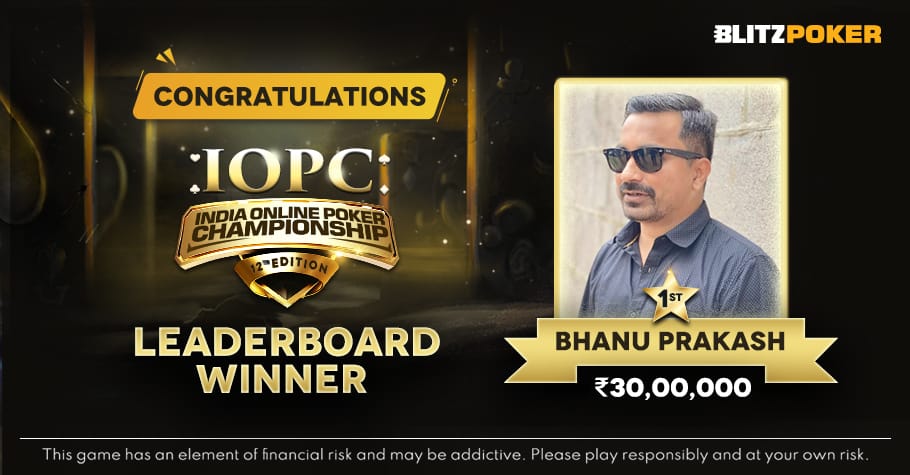 
When the 12th edition of India Online Poker Championship (IOPC) was announced, poker players all over the country were excited about the prestigious online series. Apart from the glorious Main Event—The Crown, players were also eager to see who would top the IOPC January 2022 leaderboard. While Anuj Yadav topped the IOPC leaderboard in July 2021, there is one player whose name is most popularly associated with it. Guessed it already? Yes, Bhanu Prakash.

With two IOPC leaderboard wins to his credit, BLITZPOKER player Bhanu Prakash stunned everyone with his third IOPC leaderboard victory in the latest edition. Being the first player to have nailed an IOPC leaderboard thrice, this win further cemented his name in the league of Indian poker legends. Not only did he top the leaderboard, but he also walked away ₹30 Lakh.

When IOPC January 2022 started, Prakash was nowhere near the numero uno spot on the leaderboard. Playing under his BLITZPOKER moniker ‘ikiru,’ it seemed like Prakash had a slower start than usual. For most part of the series, the fight for the number one spot on the leaderboard raged between poker pros like Vinay Rajpal and Ankit Bajaj. However, just when we began to think that Prakash wouldn’t be able to make it, he emerged like a knight in shining armour to grab the leaderboard title. And he stayed there to claim his victory. 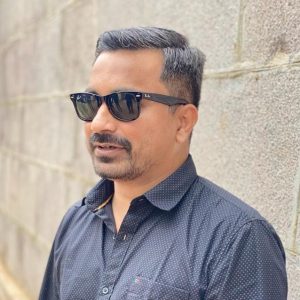 When asked about his performance this time around, Prakash explained, “For the first half of the series I was struggling to reach the top 10 on the leaderboard. So, worrying about one single player was the least of my problems. I first had to win some points myself. Until the last two days, I was only focused on my game and the results of others were irrelevant to me. Once I took the lead, Vinay Rajpal had a good chance to overtake me. He is a crusher and has won many leaderboard titles, so obviously, I had to be cautious in my games in the last couple of days.”

Prakash further added, “I am so grateful for this win. This was one of the events where halfway through, it seemed like the race to the top was an impossible chase. But now that it is over, it feels great to win the leaderboard.”

Secrets of the trade

When it comes to any leaderboard victory, there is one thing that is generally agreed upon—consistency is the key. So far, Prakash’s gameplay has been impressively consistent given his three IOPC leaderboards wins. But what is his secret? Does he have one? We asked him to find out.

“I have been chasing leaderboards since the time I started playing poker. This experience helps in becoming more consistent. Over the years, I have understood the dynamics of long tournaments and have figured out effective methods to increase my chances of winning them,” explained Prakash.

“If you ask me what those methods are, I will not be able to give a concrete answer. That’s not because I’m trying to guard a trade secret, rather a tactical knowledge which is hard to pinpoint as X, Y, and Z tips. I believe they are an accumulation of several little things. I have amassed these learnings by chasing tournaments for many years and they have become a part of my routine gameplay. Therefore, I cannot really point at a few factors to say—this is my secret sauce.”

Prakash started his poker journey back in 2015 when he registered on any poker site he could find and began grinding. “For the whole of 2015 I was trying to run up my winnings from freerolls. At that time, the online poker scene in India, as well as my gameplay, was still at a nascent stage. It’s been a long journey and the whole experience has been nothing short of a rollercoaster ride,” said the poker champ.

Even after seven or so years of playing the game, Prakash remains humble about his skills. “I am far from being a great player even today. But compared to my poker knowledge back in 2015, I feel like I have come a long way. I have been a regular and have got some decent scores on the way. Lots to learn ahead and I hope to grow myself as the poker scene in India intensifies every year,” admits Prakash. 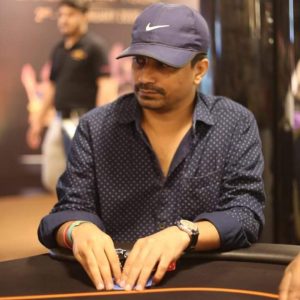 The moment IOPC hits the online felts, the mercury among the poker community hits an all-time high. The same can be said for Prakash who agrees that IOPC’s gigantic guarantees, and lucrative leaderboard prizes makes it hard for him to resist it. Talking about this obsession for the leaderboard, Prakash said, “The leaderboard’s top two prizes are such that a player cannot win it by just playing any one particular day’s main tournament. It’s hard work, day in, day out. Since the series spans over 18 to 22 days, each of which requires long hours of grind daily, it is like a marathon. Everyone chasing the leaderboard must be mentally and physically prepared which makes it a unique battle. And I believe that my experience with long grinds gives me a small edge.”

In fact, this poker master’s dedication to the game also pushed him to make the decision to move to Goa. “For the past four months I haven’t played poker due to restrictions in Karnataka. I was awaiting the judgement from the high court before making any decisions. Since the judgement was taking longer than expected, I decided to move to Goa two days prior to IOPC in order to make arrangements for the long series grind.”

When describing his performance this time around, Prakash replied, “I did not perform well in the first half of the series. With all the downswings, it was hard to put in a straight 14 hours grind. In addition, I faced a bankroll constraint due to which I made a conscious decision to sit out of bigger buy-in tourneys. I did not give up the chase and fortunately, I had a good run in the second half of the series and took down the title. Considering all these hurdles, this IOPC leaderboard victory has personally been the toughest for me, and therefore the sweetest.”

Last IOPC (July 2021), Prakash was defeated by pro Anuj Yadav who did not let him have a hattrick on the leaderboard. When asked if that put any pressure on him to perform better, he stated, “I try not to let past outcomes decide my current decisions. That said, it’s easier said than done. But win or lose, I try to identify lessons and perform better next time; I’m constantly learning either way. Moreover, the event was in July last year and many things have changed since then. I am just happy I got the win.”

Poker is also about balance. Keeping a steady grind schedule to avoid burnout is as important as playing the game. When asked what his schedule looked like during IOPC Jan 2022, Prakash answered, “I woke up between 1 – 2 PM, had my lunch, and then started registering for the tourneys. Based on my deep runs, my day ended anywhere between 4 – 6 AM. I repeat the same routine the next day; try to meditate before going to sleep to wind down after a long day of poker so that I get a sound sleep.”

While Prakash did not ship any tourneys in IOPC January 2022, he still conquered the leaderboard which means that he had in the money (ITM) finishes in every single IOPC tournament he played.

When it comes to his bankroll management, Prakash explains, “My strategy is to make sure I can play the entire series. Whenever I have a smaller bankroll, I try to avoid firing multiple bullets in bigger buy-ins to prevent leaking cash. I put a mental stop loss on bullets before the tournament, and no matter how tempting the reward, I try to avoid breaking the rules I set for myself.” However, no one is perfect, and Prakash admits that he too fails at this.

“Often, I settle for those min-cashes to keep my bankroll within a certain ballpark. Any big wins during the series leads to some changes in strategy. Usually, if I’m chasing the leaderboard, I have a financial plan to chase it till the finish. I believe that giving up the leaderboard chase somewhere in the middle is a costly mistake, not only to your finances but also to your peace of mind,” continued Prakash.

Coming to his strategy when approaching the money bubble, he said, “My gameplay for the leaderboard chase changes a lot depending on min-cash. During the end part of the series every min-cash is like a pay jump on the leaderboard. For the last couple of days of the series, I sometimes fold the top 2% range hands to secure min-cash.” 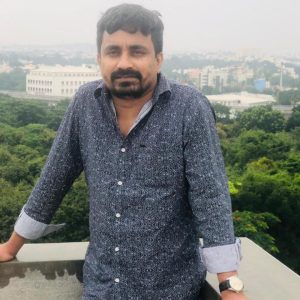 Advice for the newbies

We asked Prakash if he has any advice to give those chasing leaderboards in poker events and this leaderboard enigma said, “Be prepared before entering the series. It is going to be a long and hard grind. If you are not prepared upfront to take it all the way to the finish line, I would recommend that you don’t take a shot at the chase at all. It will benefit you both financially and psychologically. If you are ready to chase, maintain an excel to track every buy-in, cashouts, and leaderboard points using the leaderboard formula.”

“You don’t need a sophisticated master plan but note everything down. Don’t make the mistake of leaving it to mental math. In every series, the buy-in amount will end up more than anticipated, so when you are chasing the leaderboard be prepared for bigger swings. Giving up the chase in the middle will be a costly mistake. If you do get into that mess, just focus on increasing the return on investment (ROI) from events and stop adjusting the gameplay for the leaderboard chase. Also, have a cool down routine after the session. Meditating helps me. After a long day, irrespective of the result, you need to shut down and start fresh the next day. After all, if you fail at one leaderboard there is always another one to chase.”

Lastly, we asked Prakash how he will employ the ₹30 Lakh cash prize he won. “I don’t have anything in my list to buy. I had a bankroll issue, and this win gives me a semblance of stability, ” responded Prakash. 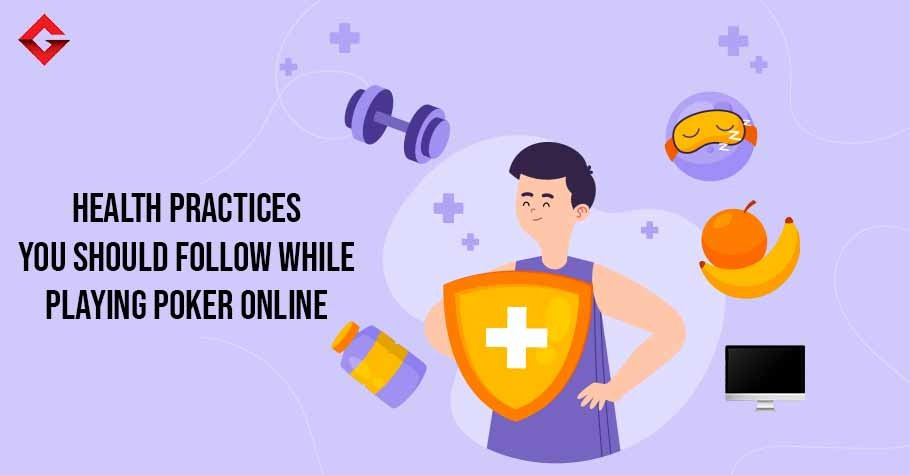 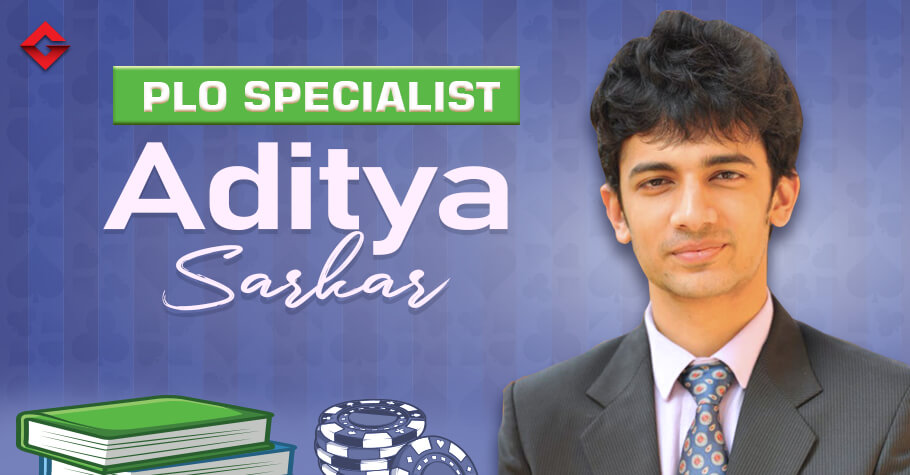 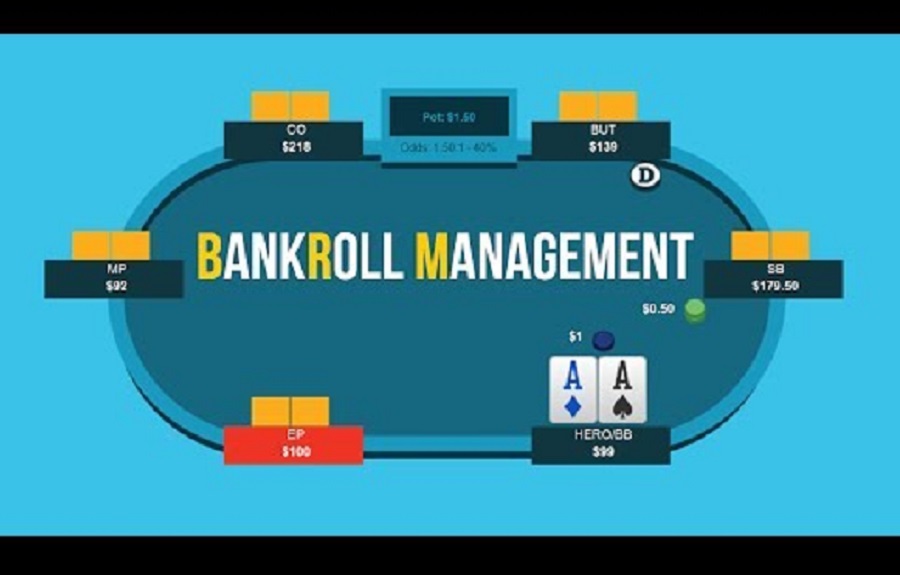