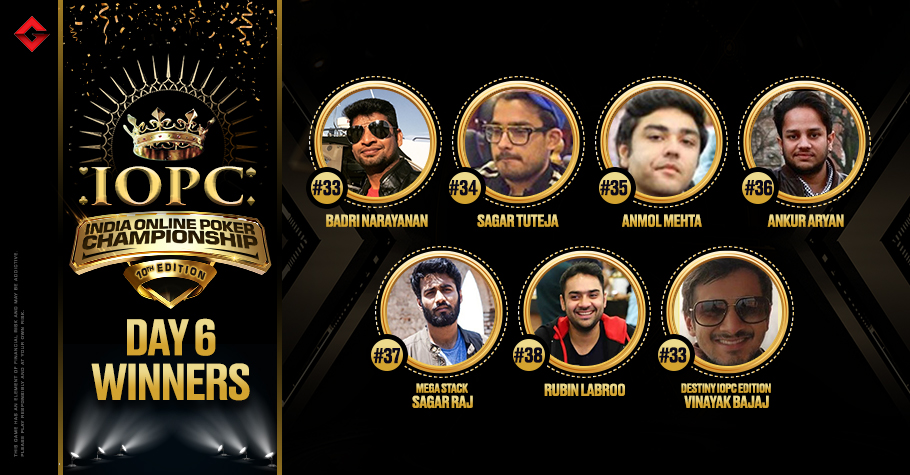 
The tournaments from Day 6 of India Online Poker Championship (IOPC) January 2021 saw a mix of new and well-known players come out on top. With epic prize pools and a significant turnout, the sixth day of IOPC ended on a high note. Rubin Labroo, Anmol Mehta, Ankur Aryan, Vinayak Bajaj, Sagar Tuteja, Sagar Raj, and Badri Narayanan won big on Day 6. Read below for more details about each Day 6 tournament.

The first tournament of the day with a prize pool of INR 5 Lakhs saw a total of 823 entries for an affordable buy-in of just INR 660. It was in level 49 when Badri Narayanan aka ‘Dontwantbadbeat’ and Siddharth Ojha aka ‘SidSparta21’ both went all-in with hole cards Q♥️ 2♣️ and 4♣️ K♣️ respectively on the flop [3♣️ 7♠️ 2♦️]. Narayanan won the pot with his pair of 2 and walked away with INR 95, 950 when the board opened to 3♣️ 7♠️ 2♦️ 5♥️ 8♥️. Narayanan grabbed the top spot in IOPC January 2019 tournament INR 3 Lakhs GTD NLHE and Spartan Poker‘s SSS Afternoon Showdown INR 5 Lakhs in December 2019.

The 7 Lakhs prize pool tournament with buy-in of INR 1,650 had 39 players win a min-cash of INR 4,830. Entering the tournament with an almost similar chip stack, Sagar Tuteja aka ‘grinder1111’ and Abhiroop Gupta aka ‘Ron007’ struck a 2-way deal on the pre-flop stage and ended the tournament. Tuteja and Gupta walked away with INR 1,20,302 and INR 1,13,357 respectively. Tuteja also won another IOPC title in January 2019. He shipped IOPC #31 12 Lakhs GTD tournament and collected a pile of cash to the tune of INR 3,12,131 in winnings.

Next up is the tournament with INR 6.5 Lakhs in advertised prize pool which attracted 698 entries with its buy-in of INR 990. Top 55 places were paid and min-cash was INR 3,185. It was well-known player Anmol Mehta aka ‘Anzzzzz’ who won winner’s title and took home INR 1,26,100 in prize money. Mehta and the runner-up ‘Sigmund’ went all-in on pre flop and Mehta won the pot with a pair of 3’s. Apart from his IOPC win, Mehta has also shipped tournaments like the INR 22 Lakhs GTD GPS Mega Stack on Spartan Poker in August 2020 and PokerBaazi‘s Wednesday SuperStack INR 3 Lakhs GTD in September 2020.

The prize pool for this tournament surpassed the promised guarantee. The tournament recorded a total of 409 entries out of which top 31 players were paid. The min-cash stood at INR 3,599. The winner title was clinched by Ankur Aryan aka ‘showstopper89’ with INR 86,503. Aryan is no stranger to IOPC. The poker pro shipped IOPC SuperStack INR 30 Lakhs GTD tournament in January 2019, and bagged INR 9,98,750 in winnings. Further, Aryan also won PokerBaazi‘s INR 10 Lakhs GTD Endeavour tournament and cashed INR 2,39,181 in September 2018.

Players brought their A-game to this INR 13 Lakh GTD tournament which recorded a total of 896 entries. The final prize pool surpassed the advertised one with Rubin Labroo being declared as the winner. In January 2020, Labroo clinched the India Poker Championship (IPC) Main Event title, one of his biggest wins with INR INR 45.34 Lakhs in prize money. Top 79 players were paid and min-cash was INR 4,569. A deal was struck between Rubin Labroo aka ‘icantwin’ and Saurabh Raj aka ‘carryminati_1’ at level 53 as Labroo had an edge with his three of a kind. The winner took home INR 2,15,495 and ‘carryminati_1’ got INR 2,04,235 in winnings. 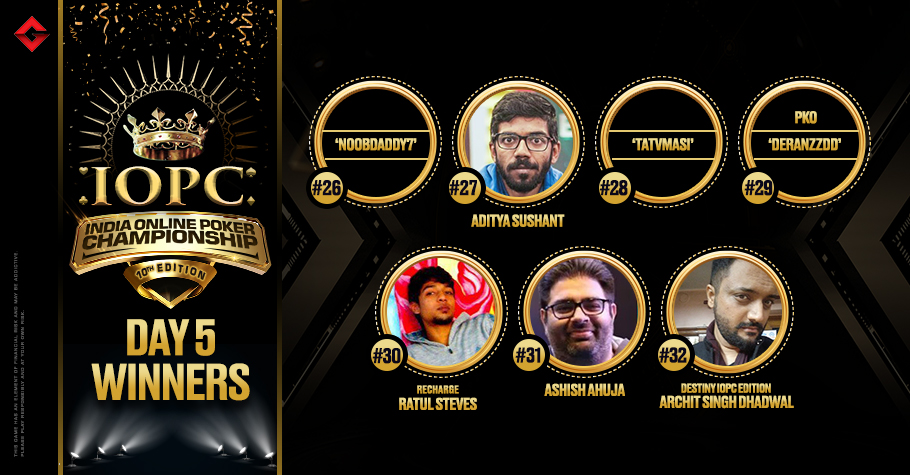 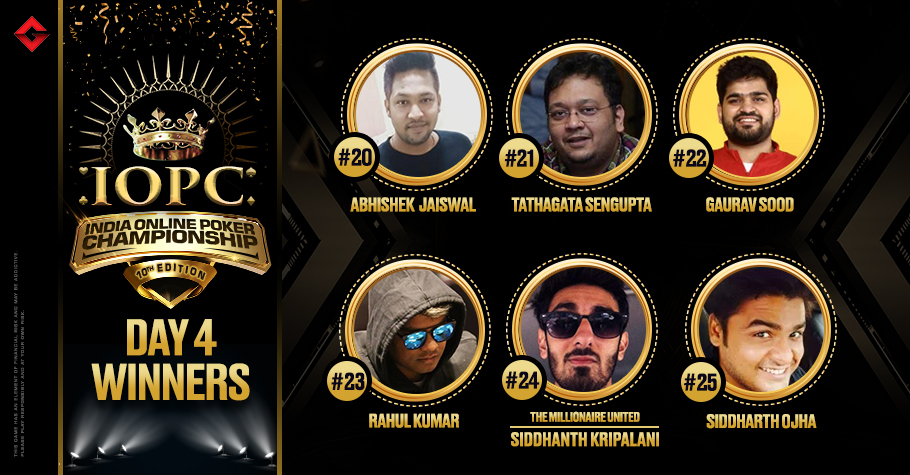 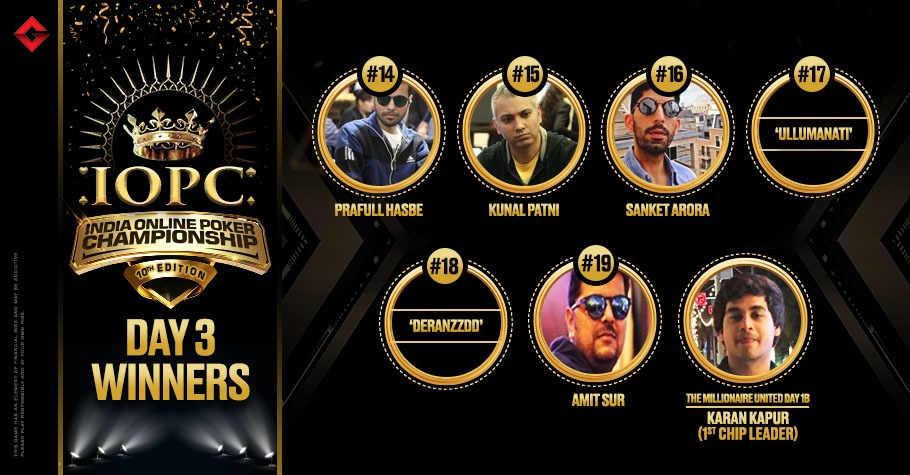