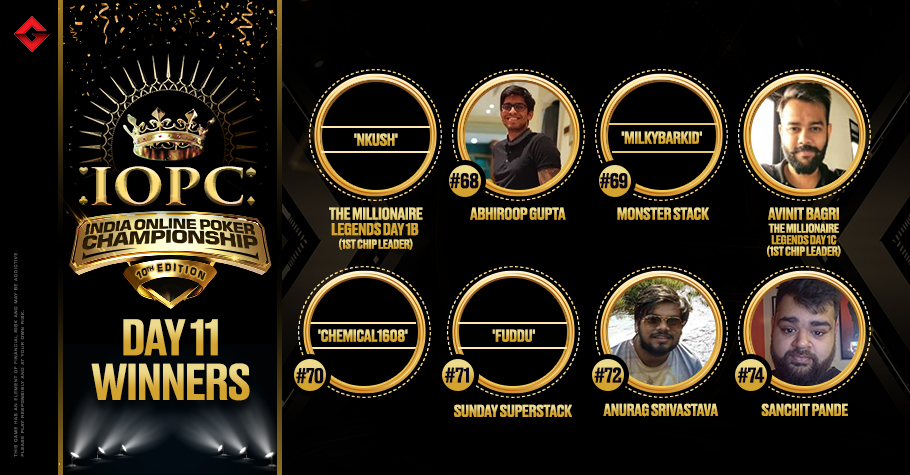 
The action-packed weekend of India Online Poker Championship (IOPC) was filled with a lot of excitement and some fresh new winners. Here’s all that went down on this past Sunday.

The Millionaire Legends Day 1B

The weekend started with the second flight for the Millionaire Legends with a buy-in of INR 27,500. The Day 1B flight witnessed player ‘Nkush’ bag the lead with 420,260 chips. Following close behind was player ‘Zenos’ with a finishing stack 363,290 chips.

The last flight for the Millionaire Legends Day 1C witnessed player Avinit Bagri aka ‘pushnpray17’ take the lead with a stack of 369,603 chips. While known player Kunal Patni aka ‘NutsTodayBluffTomo’ had the second highest chip lead with 341,210.

With INR 60 Lakhs GTD, the Sunday Superstack was one of the biggest tournaments of the day and had total 1,024 entries. The buy-in of the tournament was INR 5,500 and the top 103 entries earned an impressive min-cash of INR 16,200. This tournament saw a three-way deal being struck between ‘fuddu,’ ‘superchor89,’ and ‘Sands Myth.’ It was player ‘fuddu’ who went home with INR 9,64,951, the largest share of the prize money.

This tournament had a field of 457 entries from which top 39 entries were paid a min-cash of INR 9,832. The tournament was brought to a close after a showdown between Anurag Srivastava aka ‘TheDarkKnightReturns‘ and ‘asg123.’ Srivastava took a pay cheque of INR 2,85,712.

The Millionaire Legends started at 10 PM yesterday on January 24 and was paused after six players made it to the final table with Kartik Ved leading the way, for the full information on the final table click here. To stay updated on all  IOPC Jan 2021 news, keep reading GutshotMagazine.com. Follow us on Facebook, Instagram, and Telegram. 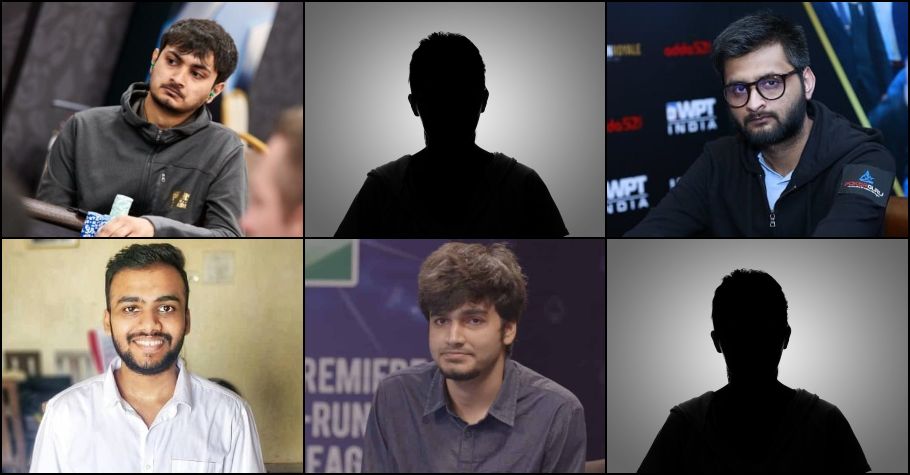 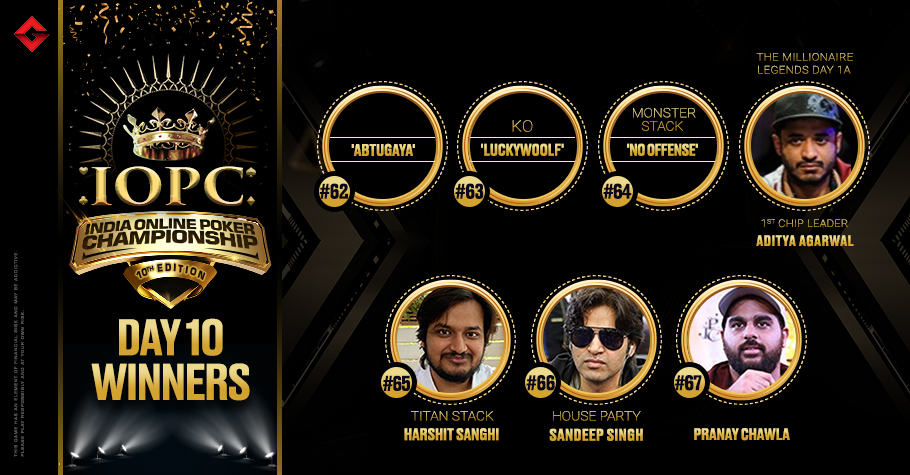 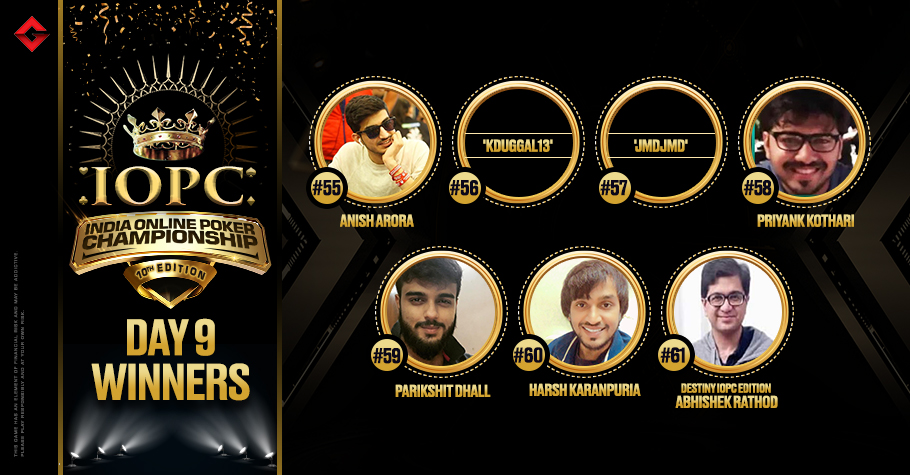