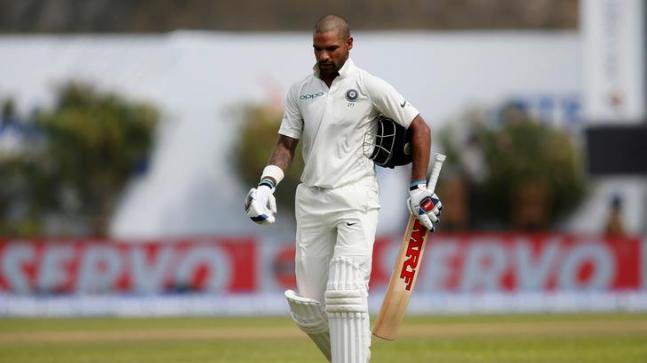 India’s opening worries ahead of first test against England


It was a bit of an indifferent outing for the Indian cricket team who are currently on their England tour as the match between them and county side Essex came to draw after just about two and a half days of play.

For the Indians it was Lokesh Rahul (36*) who put together a useful knock in the second innings while Indian strike bowler Umesh Yadav took four wickets in the Essex first innings. This warmup game at Chelmsford was much needed practice before India take on England next week in the first of five test matches. Play went on till India lost two wickets for 89 runs in the second innings followed by rain which caused the umpires to call off the final day’s play resulting in a drawn match.

Essex are the 2017 County Champions I’ll be compiled 230 745 with James Foster and Paul Walter putting together a stand of 91 runs before Foster was knocked over by Umesh Yadav. Yadav has been the best bowler for the visitors so far having taken 4 wickets in total. Essex eventually declared their innings at 359 for 8.

For the Indians they will be concerned about their opening batting as Shikhar Dhawan was knocked out for the second time for a duck, his wicket being taken by Matthew Quinn. Questions are being raised about Dhavan’s ability to handle the moving ball and their opening combination will be looked at very closely ahead of the first test against England this Friday.

Essex had a number of fielding worries themselves as they dropped KL Rahul early on at second slip when he was just on 2. Cheteshwar Pujara had a useful knock in the middle hitting five fours in his 35-ball 23 before getting caught at midwicket. Ajinkya Rahane and KL Rahul then managed to take India to stumps before the heavens opened up.

While India’s opening batting worries will occupy their mind, there were reassuring performances put together by the rest of the batsmen including Murali Vijay, Virat Kohli, Dinesh Karthik, Hardik Pandya and of course KL Rahul who all managed to get half centuries in the first innings. Between Umesh Yadav and Ishant Sharma five wickets were taken in the first-innings however on the bowling front Mohammed Shami continues to struggle for form.