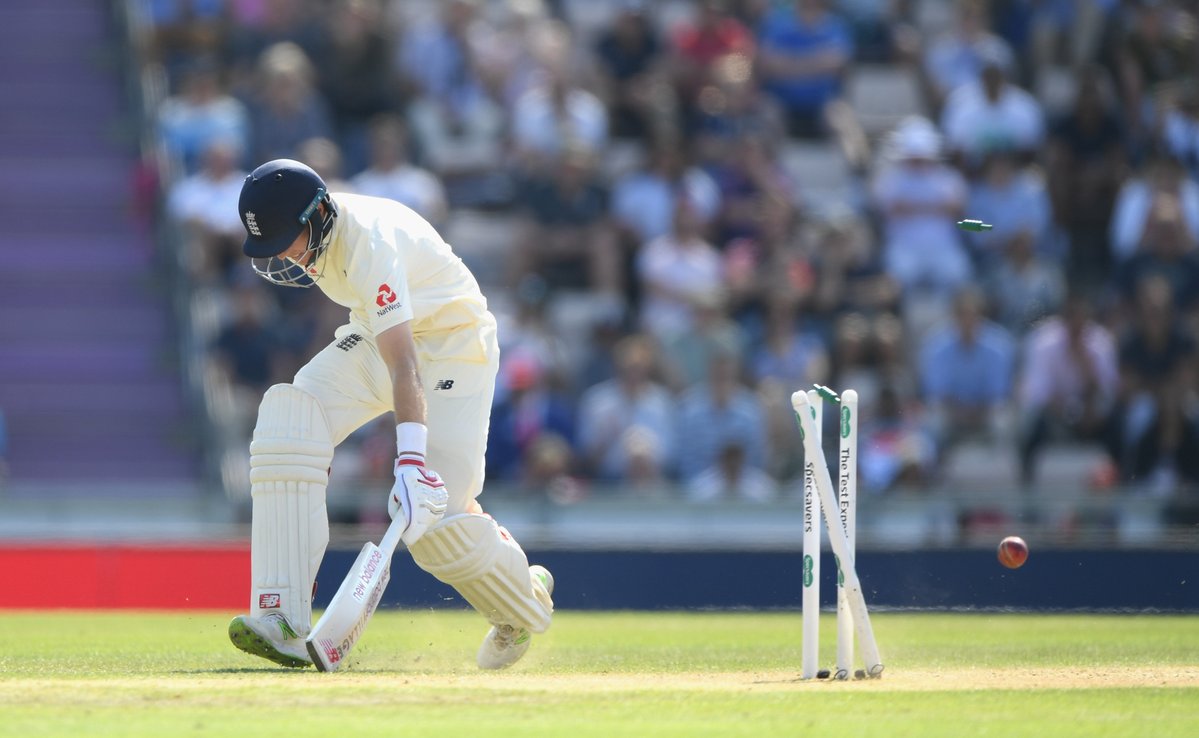 India vs England 4th test set for a thrilling finish


Like we reported yesterday, the 4th test between India and England has been a topsy-turvy affair so far, with both teams having the advantage at some stage or the other. It has been a very well fought series so far and we’re in for a thrilling Day 4 of this test, and the game may even come to an end today.

England came into Day 3 without any wickets lost in their 2nd innings and a few runs to cover the deficit. The Indian seamers were good upfront once again, picking up 2 early wickets to reduce England to 33/2, but a couple of good partnerships followed which put England in the lead, until it was time for the game to turn on its head again.

Joe Root was dramatically run out for 48 due to a direct hit from Mohammed Shami, with both batsmen and the Indian fielders also expecting the throw to go to the other end. Shami then decided to contribute with the ball as well, striking on the final ball before Lunch, while also striking on the first ball after Lunch.

Once again, the advantage went to the home team as Jos Buttler played a beautiful knock of 69 in a game where runs have been hard to come along. He was supported well by Sam Curran before India got a few wickets towards the end of day’s play, and evened out the equation once again.

Ravi Ashwin bowled tirelessly, with over 37 overs bowled, but he only managed 1 wicket as the seamers were the main destroyers once again. Shami picked up Adil Rashid to end the day, with England at 260/8 and a lead of 233. India will be looking to wrap up these couple of wickets early on Day 4 and hope to chase down between 250-260, which will definitely be tricky. Keep reading GutshotMagazine.com for daily updates on this series.