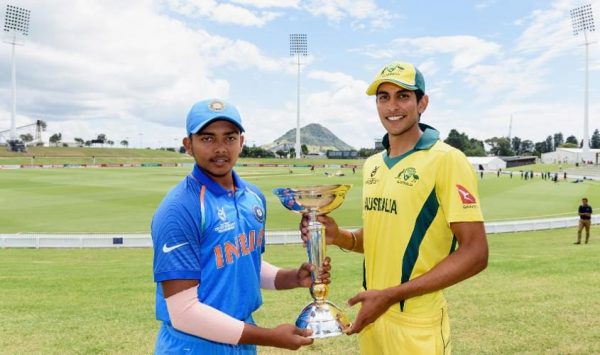 There have been 12 editions of the ICC Under-19 World Cups since its inception in 1988 and it has been a biennial tournament since 1998. India is the most successful country in this tournament, having won it 4 times:

The 2018 Under-19 World Cup was being held in New Zealand and India were unbeaten throughout this tournament, topping the group stage and easily beating Bangladesh and Pakistan in the quarter final and semi-final to set up a final against Australia. They would’ve been confident against this opposition, having already beat them by 100 runs in a group stage game.

Australia U-19 captain Jason Sangha won the toss and elected to bat first as India picked a few early wickets and continued to dominate throughout the innings, ultimately bowling out Australia for 216 in 47.2 overs. Jonathan Merlo topped scored with 76 and four Indian bowlers picked up 2 wickets each.

For India, there were quite a few youngsters who bagged IPL contracts last weekend. Prithvi Shaw, Shubman Gill and Kamlesh Nagakoti were talking points of the auction and they would’ve been a very confident bunch coming into the final. Australia needed early wickets to stay in the game but that didn’t happen as the Indian teenagers kept scoring at a healthy run rate, led by Manjot Kalra’s century. 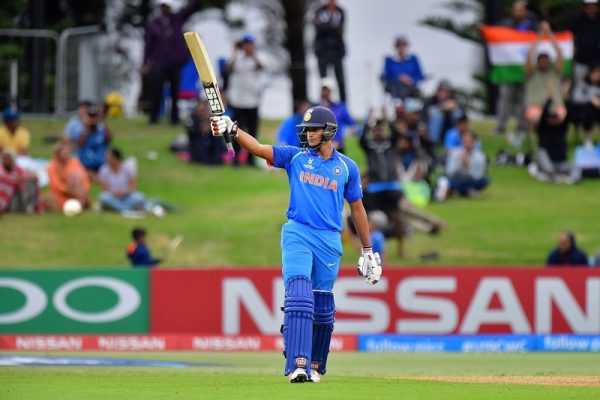 Those who score centuries in important games will not be forgotten any time soon and Kalra’s blistering knock of 101(102)* included 8 fours and 3 sixes as India cruised to a record fourth U-19 World Cup win. He became only the second Indian after Unmukt Chand to score a century in an U-19 WC final.

They won by 8 wickets with 11.1 overs to spare. What a day this is in Indian cricket history and these youngsters will all be very proud of themselves. The country will be waiting to felicitate the squad (coached by Rahul Dravid) when they return to India!

Key players of the tournament:

Keep watching GutshotMagazine.com for major sports updates such as this one!