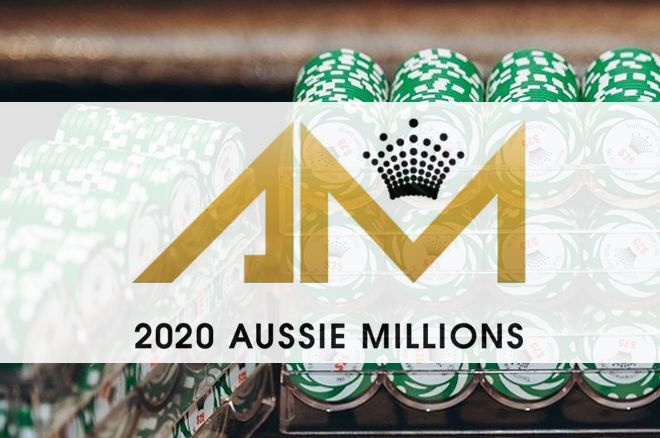 In conversation with Joel Williams ahead of Aussie Millions 2020


Everyone who knows the game will agree that poker in India has been rapidly growing and the size of this niche community has also been steadily increasing over the years. In fact, 2019 was easily the best year in poker for us, with record-breaking tournament guarantees being witnessed online and a boom in the live circuit also taking place, with major brands returning to the shores of Goa!

The number of players going to various overseas locations has also increased and now, the next major series to look forward to is the Aussie Millions, a very popular annual poker series which takes place at the Crown Casino in Melbourne. Last year, India delivered a record attendance to the 2019 Aussie Millions with Indian poker players accounting for 29 entries across 16 championship events.

The number was set to be even higher but due to last minute Visa and other issues, a few trips were cancelled. Regardless, there has been a growing number of poker players travelling from India to Melbourne for the Aussie Millions each year. This year could be slightly tricky as there are quite a few other events happening at the same time like Baazi Poker Tour (2-14 Jan), India Poker Championship (14-19 Jan), Red Dragon Manila (4-11 Jan), and the APT Vietnam (10-21 Jan).

WSOP bracelet winner Abhinav Iyer suggested he may be considering heading out to Melbourne for Aussie Millions 2020. Vinod Megalmani and Aditya Sushant were also part of the action at Aussie Millions last year. The 2019 Aussie Millions Main Event saw USA’s Bryn Kenney beating a field of 821 entries to go on and lift the title, bagging AUD 1.85 million in prize money. Just a few months later, Kenney went on to become the highest earning poker player of all time, passing the $50-million mark as well.

Satellites have been running since the end of October 2019 and now, we’re just a few days away from what could be another record-breaking year for the Aussie Millions. Between 4-25 January 2020, players from all corners of the planet will descend to play in Melbourne, with 23 Championship Events scheduled. 8,600+ entries were counted in the 2019 series and it could very well take a beating this season. Take a look at some stats from last the last Aussie Millions:

Over the past few years, Joel Williams has been the Tournament Director at Crown Melbourne and he’s been doing a mighty successful job there too. Gutshot decided to catch up with the man and find out what he has in store for the 2020 Aussie Millions, along with what you can do away from the felts in Melbourne. Take a look…

What kind of preparations have been done to make Aussie Millions 2020 the biggest and best series so far?

“It’s no secret that we pride ourselves on our ability to satellite as many players as possible to our prestigious Main Event each and every year. After a record number of satellite qualifiers in 2019 (490 seats generated), we set out to again increase the amount of direct entry satellites on offer throughout the year.

With 2020 Aussie Millions Main Event seats locked up as early as May 2019, we remain confident that our $10K event (unlike many others around the globe) is within reach of more players than ever in 2020.”

Any additions to the schedule? Any other new tournaments or features we can see this year?

“There are always surprises along the way, but I think the primary focus looking towards 2020 has been to both streamline and capitalise on the offering of 2019. ‘Big Blind Ante’ has been adopted across the board; a ‘half Big Blind Ante’ has been introduced in 6-max tournaments; there is better use of both complexes leading to smoother table moves as well as more player-friendly dinner breaks and playing conditions across all events – all of which will hopefully serve to ensure one of the most successful Aussie Millions series in its rich history.”

For first timers at the Aussie Millions, suggest some things to do in and around Melbourne.

“Crown Melbourne is home not only to the Aussie Millions, but to three of the world’s finest, multi award-winning hotels. Crown Melbourne also boasts notable restaurants, bars, entertainment, gaming options and luxury retail shopping. Beyond the Crown complex, explore the best of Melbourne with its lively laneways, arts hubs, creative and exciting city centre, and nearby wine regions.

If it’s sport that you’re after, then Melbourne is the place to be in January. The first grand slam event of the year, the Australian Open, begins on Monday 20 January at Melbourne Park. You can also watch the winning runs live on the field as Australia’s finest cricketers showcase their skills throughout January at the Melbourne Cricket Ground (MCG) and Marvel Stadium.”

“It wouldn’t be a trip down under without a close encounter with a koala in their natural habitat. Luckily, Healesville Sanctuary, a Victorian zoo specialising in Australian native animals, is only a 90-minute drive from Melbourne and allows pre-booked visitors to hand feed kangaroos. If you have a few days to spare, take in the beautiful sights along one of Victoria’s must-see attractions: the heritage-listed Great Ocean Road. Make the most of the great vantage points along the dramatic cliffs or enjoy a surf at the famous Bells Beach, only 100km south-west of Melbourne.”

For more updates on the top online and live poker tournaments from across the world, stay tuned to GutshotMagazine.com.