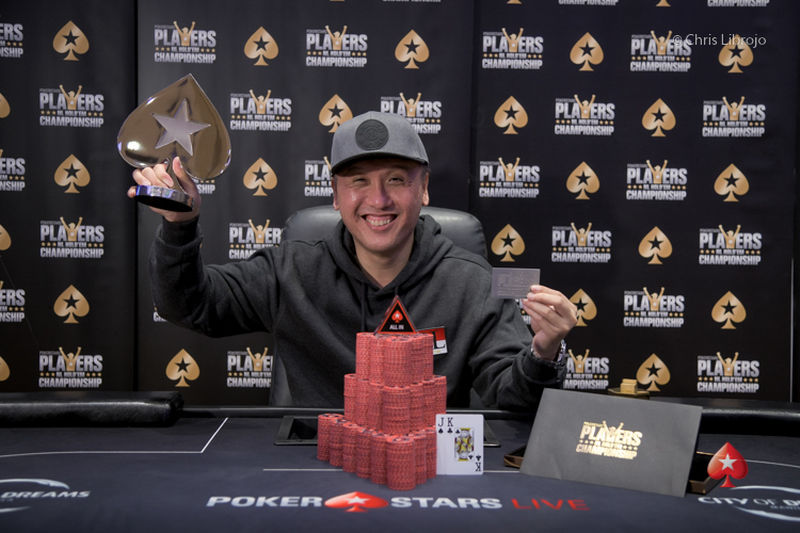 
The number of live poker tournaments taking place across the continent of Asia has been rapidly increasing over the years. Along with the likes of the Asian Poker Tour and the Asian Poker League, there are quite a few other tournament series and one such series is the Manila Megastack 9, which took place between 27th April and 6th May 2018.

The series took place at the PokerStars Live poker room in the capital of Philippines, Manila, and a total of 26 events were scheduled to take place during this 10-day period. The highlight of the series was the PHP 10 Million GTD (~INR 1.29 crore) Main Event, that had a buy-in of PHP 30,000 (~INR 38,830).

The Main Event saw a total of 696 players registering to the tournament, which boosted the prize pool to PHP 18,228,240 and it was Singapore’s Ignatius Ee Joo Meng who topped this massive field and took home the largest cash prize of PHP 4 million (~INR 51.77 lakh) for first place, plus a $30,000 Platinum Pass. This turned out to be the poker player’s highest live cash!

We had a couple of Indian players playing in the Main Event as well, namely Dilip Ajitkumar Menon and Vinayak Malani (aka Siddharth Maheshwari). The latter posted on social media about his progression to Day 2 of the Main Event as one of the top stacks but very unluckily, he didn’t make it to the top 81 players who were paid out, with the minimum cash prize being PHP 58,000. On the other hand, Menon had a deeper run, finishing 26th in the ME for PHP 98,000 (~INR 1.27 lakh). This turned out to be his second cash in the series, after finishing 19th in the Kickoff Event, for PHP 33,000.

Malani may have not been able to cash out in the Main Event, but he did extremely well in another event. He participated in Event #17 – PHP 50,000 NLH Freezeout (PHP 3 Million GTD) and competed brilliantly against the 122 registered players. His impressive run saw him finishing 5th in that event, for a prize of PHP 400,300 (~INR 5.18 lakh). There were just a few Indians participating at the Manila Megastack but it’s good to see them doing well.

“It was a very good experience. It was a good field and making the final table was a very special experience. I had never been to any international tournament and as this was my first, I am extremely happy with my performance,” is what Malani told Gutshot about his experience at Manila. He also expressed his plans of playing at the next MPC (Macau Poker Cup).