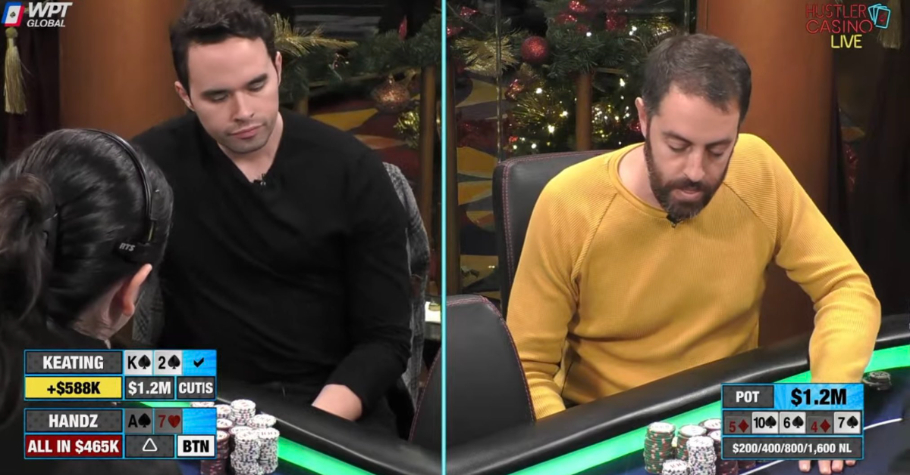 
Hustler Casino Live is at it again! Yes, this is the same venue that witnessed the infamous J4o hand between Robbi Lew and Garrett Adelstein. This time around, Hustler Casino Live witnessed the biggest live streamed pot in US history being scooped by Alan Keating. Yes folks, the Bloomfield Hills resident has registered his name in poker history for all to see and applaud.

The poker gods were only looking out for Keating when he hit a flush to scoop that record-breaking pot (live streamed) in US history. From the button, Handz raised it to $9,000 with As 7h. He found callers in Ben Lee (8c 5c) in the small blind position, Eric Persson (Ad Jh) and Keating (Ks 2s) in the straddles. The dealer fanned out a flop of Ts 6s 5d which was checked to Handz. He threw $25,000 into a pot worth $37,200.

This move by Handz found a caller only in Keating who check-called $70,000 when turn presented 4d. The river of 7s saw Keating throwing in another $1,55,000. Here, Handz took the shove route (re-raised for $4,64,000) which put Keating all-in (he was $3,09,000 behind). After tanking for over two minutes, the Michigan pro went ahead whilst keeping faith in his flush which eventually thrashed Handz’s bluff. And just like that Keating was $1.2 Million richer!

Poker Twitter just couldn’t keep calm when Hustler Casino Live shared this update on its official social media handles. A Twitter post which is pinned on Hustler’s Twitter handle show’s the hand being played out and trust us it’s nerve-wracking to see Handz trying to pull a bluff like that. What can one possibly say to Handz? The stars just weren’t aligned for you dude! Full marks to Keating who earned his highest single cash game hand.

Must stress, ‘in real money’ ☺️

Yeah I feel for the guy. He played well overall too, just ran awfully

Woah. This is a first in poker history — Eric Persson didn’t say a thing in the clip.

Woah. This is a first in poker history — Eric Persson didn’t say a thing in the clip.

Wow after the call at the end u can see handz shoulders slump. I know that feeling all too well. Like fuck why did i do that? 😆 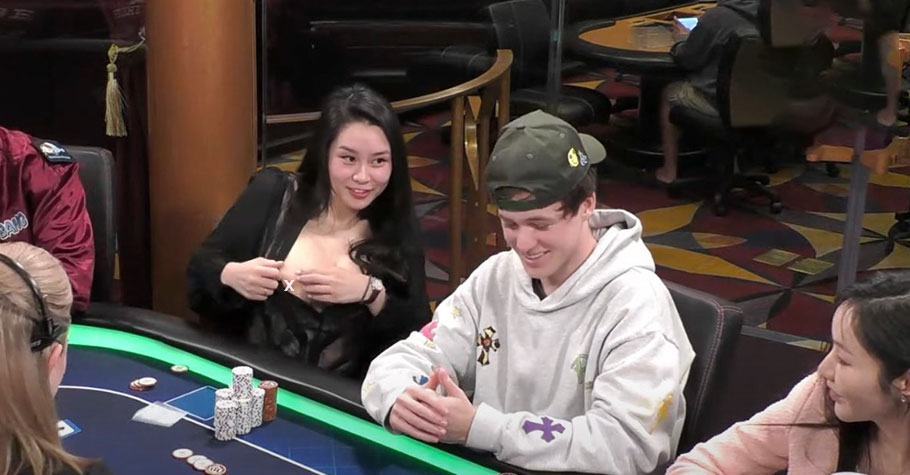