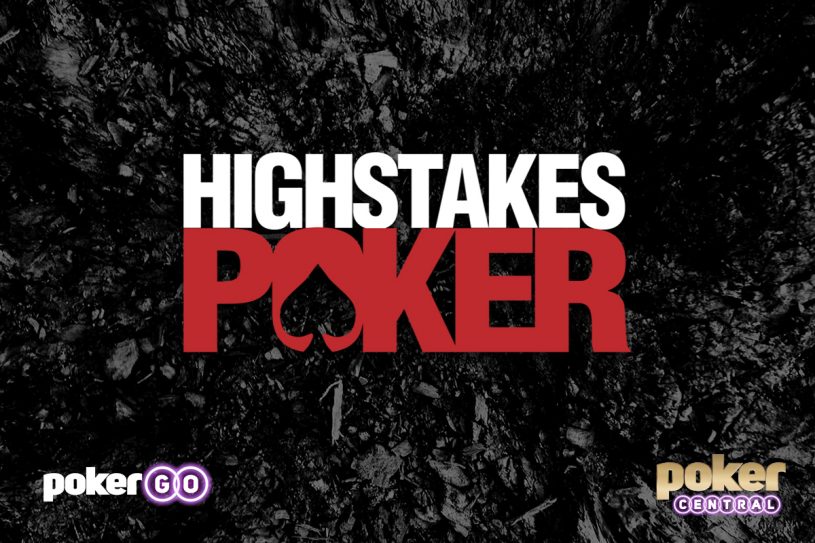 
This piece of news should certainly bring cheer to enthusiasts of televised poker. The very popular High Stakes Poker (HSP) show is all set to make a return after a nine-year long hiatus. Poker Central has secured the rights to the show and is set to shoot new episodes for airing on its PokerGO platform.

Televised poker began as far back as the late 1970s however it really kicked into high gear in 1997 with the introduction of the ‘hole cam’. This lipstick sized camera was embedded into the table railing of the televised feature table thereby allowing viewers at home to take a peek at each player’s hole cards. Needless to say this drove up viewership for televised poker now that viewers could see exactly what players were doing with their holdings in different situations.

In recent years, the World Series of Poker has aired episodes and even live streams of many of its top events with the highlight, of course being the Main Event, which crowns the World Champion of the sport. The World Poker Tour (WPT) too enjoys good viewership from poker lovers. However, while these two concentrate on tournament poker, HSP chose to use cash games, specifically Texas Hold’em, as their show’s format. Close behind in the list of popular shows was HSP which had its run on the Game Show Network (GSN) from 2006-2011 (with a brief break in 2008).

In the seven HSP seasons which were broadcast some of the big names in poker then (and now) participated including Daniel Negreanu, Phil Ivey, Phil Hellmuth, Antonio Esfandiari, Tom Dwan, Mike Matusow, Doyle Brunson, Barry Greenstein and others. Players would make buy-ins ranging between $100,000 and $500,000 and try to become the biggest winner across episodes. What set HSP apart was it was one of the rare shows able to popularise cash game poker and that was largely in part due to some memorable prop bets and table banter and hilarious commentary from the likes of Gabe Kaplan and later Norm McDonald. Falling just short of 100 episodes (98 to be exact) in its previous run, GSN pulled off the show in the wake of the Black Friday scandal which Full Tilt Poker in the center of it. Full Tilt was the primary sponsor of the show (and several of the afore-mentioned pros) and that spelt doom for its run.

While there aren’t too many details making the rounds, there is plenty of excitement about the show’s return not in the least from original producer Mori Eskandani, “High Stakes Poker was raw and natural, we just let the players play and that’s what made it so special.” he said in the press release. “It’s truly a dream come true to bring the series to a new generation of poker fans and players, and we expect even more action when the show returns with faces both new and old.” Eskandani is an old hand in this form of poker entertainment and given that he is executive producer at PokerGO, one can expect him to make sure that this reboot lives up to the anticipation around its return.

Eskandani was also involved in the reboot of Poker After Dark, another popular show he had produced back in the day. Poker After Dark started airing a couple of years back and in 2017 continued its run on PokerGo. However the new version of Poker After Dark is significantly different than its previous avatar containing longer episodes and following the live-stream format. Whether the High Stakes Poker reboot will follow this same format or if it will have other innovations remains to be seen. Keep following GutshotMagazine.com for more updates on this story.