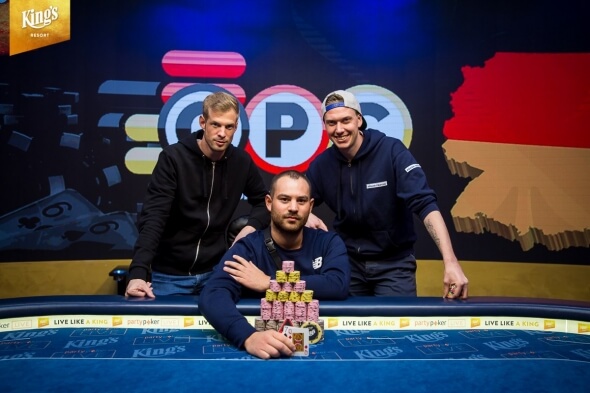 
The King’s Casino in Rozvadov, Czech Republic has grown popular poker location for players from around the world experiencing an atmosphere of Las Vegas in the heart of Europe. September has been observed so far as the the hottest month for major tournaments in different locations.

The partypoker LIVE German Pokerclub Championship (GPC) €500,000 GTD Main Event concluded on Monday after crowning Justin Julien Frolian as the ultimate winner. Over 6 starting flights (Day 1A-1F) followed by Day 2 and the final showdown, the entire tournament saw 1,692 players (334 re-entries) eventually narrowing down to 18 on Day 2. The event buy-in was €255 and had a total prize pool of €475,000.

King’s Casino has been an affordable destination for great number of players belonging to various countries and it never fails to attract a massive Indian population. The tournament had major Indian poker players, though all busted on Day 2 of the Main Event.

Besides the ME, The Big Warmup PLO also saw the conclusion of Day 1A. Although, the entry was quite slow. The event saw a small chunk of 49 poker players with India’s Vinay Rajpal (7th position) bagging 116,000 chips to the final day. Keep reading GutshotMagazine.com for more updates on poker tournaments around the world.