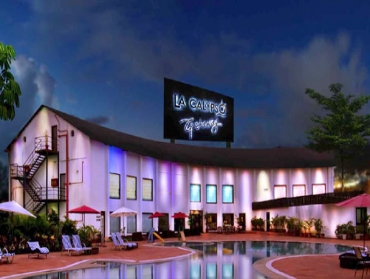 
The state of Goa is in the news for quite some time now, from the imposition of Section 144 to ban of locals from entering the casinos in the coastal state. And it was only last week, in the early hours of Thursday morning that the Goan police barged into the casino venue at La Calypso Hotel of North Goa.

The police received information regarding a dozen locals entering the casino and terrorizing the staff. This happened at around 3:30am with over 300 people present in the venue. The casino is operated by Casino Pride Group, the current owner and administrator of the place.

Depending on the reports, the police detained over 15 individuals who were rioting and are looking out for a few more accused. Some of these were bouncers who worked at a security agency. The police had been informed that these troublemakers are holding guests and staff as hostages due to some dispute over casino winnings.

It was reported that among the rioters, a businessman named Kaushal Khanna was arrested. Khanna turns out to be a director at La Calypso Hotel Pvt Ltd who had rented the hotel to Atlantis Entertainment who refused to leave the property after the lease expired last January due to Khanna’s refusal to release INR 100 million deposit made by Atlantis.

Khanna was involved in a case that was brought before the National Company Law Tribunal in New Delhi, but Atlantis refused to give in. As a result, Khanna allegedly led the riot to force Atlantis from the casino property so that the security could shut the door, and nobody could exit. Following this action, he along with his mob threatened the staff and damaged the property.

Shrinivas Nayak, a representative from Atlantis Entertainment, filed an FIR against Khanna and others involved in the violence and accused them of robbing INR 200 million worth of gaming chips. The local court rejected to bail Khanna and allowed police to detain him for the next ten days. Keep following GutshotMagazine.com for timely updates on the same.