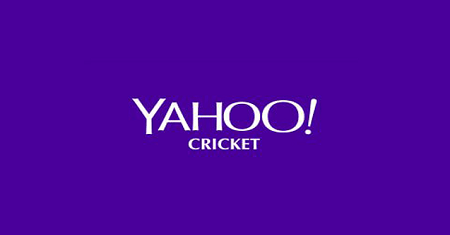 
The worldwide telecommunications giant Verizon Media owned Yahoo Cricket just announced the launch of a daily fantasy game in India. This was done in the wake of Indian Premier League (IPL) which began in March 2019 for its 12th season.

The game can be accessed at www.cricket.yahoo.net/fantasy/home. It is basic fantasy cricket offering where players can assemble their squad ahead of the start of match in the real world and based on the results, can earn great prizes.

Yahoo has been a renowned tech giant in the industry for long and their tapping of the burgeoning Indian fantasy sports market shows how the industry is in fact on an upwards growth trajectory and doesn’t look to stop.

This year, Indian cricket fanatics, which make up most of India, will witness a delicious platter of their favourite game throughout the year. First, the IPL kicked off and will run through the summer. Next, the 2019 ICC World Cup is coming up and that will too generate a lasting cricket aura in the country, and hence these companies have decided to open their shops early in the year before the market becomes saturated or so it looks like. 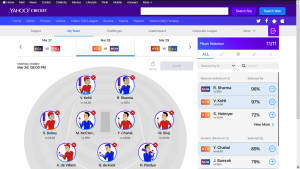 Winners of the fantasy matches on Yahoo Cricket will receive e-vouchers worth INR 7,500 per game day with the ultimate Yahoo Cricket Daily Fantasy winner winning e-vouchers up-to INR 1 Lakh. According to Inside Sport, there are about 40 million users actively playing fantasy sports in India.

Yahoo Fantasy Sports claims the company has been rated as the number one Fantasy App in the US. It is purportedly known for its ‘player favourite’ features. This fan-first approach is what makes it innovative and award-winning, as per the company.

A huge surge of Indian fantasy cricket companies have come up in recent months. Sugal & Damani’s KhelChamps, Fan Super League, My11Circle, etc. Established players like Paytm and Delta Corp have also invested in fantasy sports, with the latter buying a minority stake in HalaPlay recently. Although Dream11 remains by far the only one helming the industry.

Keep reading GutshotMagazine.com for more such fantasy industry updates and for general gaming/gambling news from around the world.