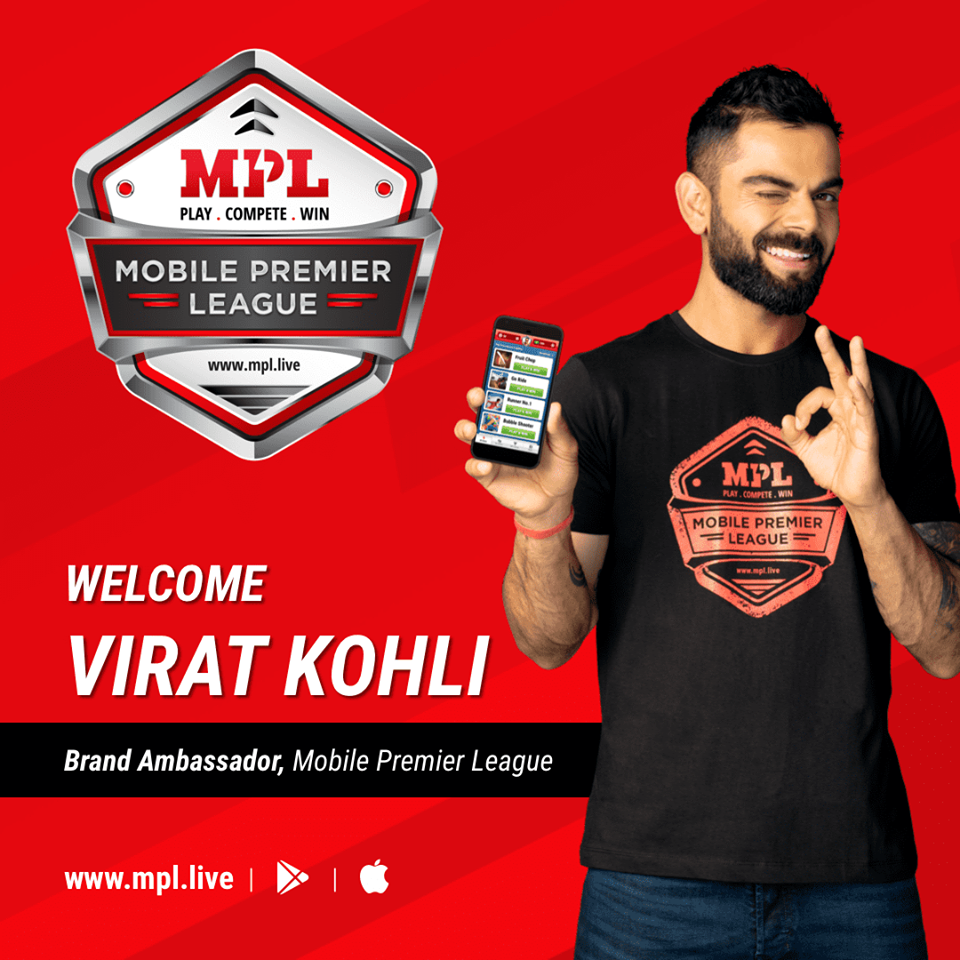 
Team India’s skipper and ace batsman Virat Kohli signed a deal with Mobile Premier League (MPL), a mobile eSports platform, which now makes him their brand ambassador for a year. The announcement happened in the wee hours of Monday, 4th March.

Kohli commented on this development saying, “eSports brings people together and breaks barriers of age and region, often empowering and encouraging those who play it. I am extremely happy to associate with an exciting young brand like MPL, that is making mobile eSports so accessible to Indians across the country.”

MPL had raised $5 million in Series A funding from VC firm Sequoia Capital, and some angel investors, last November. The valuation hadn’t been revealed at the time of the funding round and remains a secret. MPL is operated by Galactus Funware Technology Pvt. Ltd. and describes itself as a “skill-based eSports platform” on its site.

Sai Srinivas Kiran, CEO and co-founder MPL, said, “Virat is an inspiration to many Indians – young and old. His focus and dedication to developing his skills as a sportsperson and the never-say-die attitude he brings to everything that he does, has resonated well with fans around the world and with our brand. MPL believes that everyone can be a winner like Virat, and through our association with him, we hope to make mobile eSports more accessible to people across the country.”

MPL also released a video on their Facebook page where Kohli talks about this new partnership. Here’s the full video:

MPL is an application which has games like Sudoku, Crossword, Brick Breakers, Fruit Chop, etc. as their offerings. MPL also hosts live gaming tournaments and gives real cash in return, via Paytm, UPI, or a normal bank transfer.

MPL is a Bangalore-based start-up and has been in the business since early 2018, founded by Sai Srinivas Kiran and Shubham Malhotra. The two had earlier started Creo and Teewee. MPL is currently in talks with Indonesian taxi service Go-Jek.

The MPL-Kohli partnership will see Kohli being featured in all upcoming MPL marketing campaigns and promotions. With this, MPL hopes to bank on Kohli’s awesome reputation and hopes to take its company to new heights. Keep reading GutshotMagazine.com for more such updates from the gaming industry and much more.