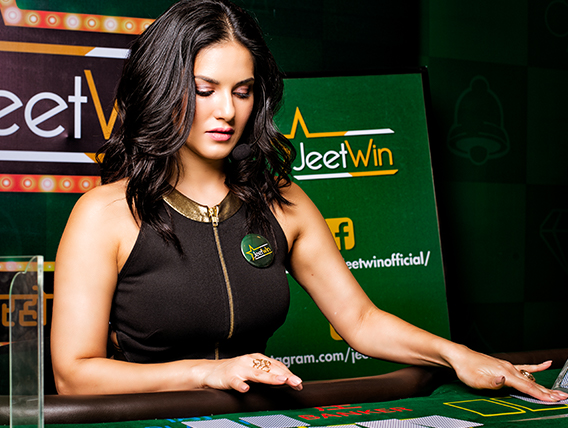 Hitting the jackpot with Sunny Leone at JeetWin


The humble beginnings of Sunny Leone

Sunny Leone is among the most sought-after celebrities in India. She is a Canadian-born Indian American actress and model who made her name famous in the Bollywood films. Before she collaborated with JeetWin, Sunny Leone had previously worked in a bakery and started to work as an adult movie actress. She even signed contract with Vivid Entertainment, after which she joined the adult film industry and starred in films. Leone made her film acting debut in the 2004 romantic comedy film with a cameo role.

Her career began in 2005, where she worked for the MTV Video Music Awards on MTV India as a red-carpet reporter. She took part as well in the Indian reality TV series Bigg Boss in 2011 and hosted Splitsvilla’s Indian reality show. While she made her Bollywood debut in Jism 2 in 2012, she decided to shift her focus to mainstream acting, where she played roles in independent mainstream events, films and television series. Apart from her acting career, Leone became part of the American Cancer Society’s activism campaign and posed a cause for the ad campaign for the People for the Ethical Treatment of Animals (PETA).

In September 2016, JeetWin debuted their collaboration with Sunny Leone; dealing cards as lady luck herself in a live Baccarat match. This was an amazing achievement, so much that next time Leone choses to play as dealer in another match. Fans loved to play with her and from then on, she became the JeetWin’s brand ambassador. JeetWin once again teams up with one of the biggest celebrities as Sunny Leone took part in the online gaming revolution. The two brands completely agreed in enjoyable, healthy, and fair gambling. Leone has worked with JeetWin by being part of many of its events, projects and promotions. Sunny Leone is the perfect host and ambassador who endorses JeetWin as she promises us to hit big in games and shouldn’t miss the opportunity to try our luck.

As the world’s first Bollywood slot machine, JeetWin introduced “Bollywood Diva” on March 18, 2019. A first of its kind online slot game that featured a celebrity. Presenting to you the JeetWin’s brand ambassador Sunny Leone. This original concept is going to alter the way you play slot games. This online slot game offers players with a totally distinctive gameplay matching with exciting reels and pay lines that give players the chance to improve their stake with each spin. Bollywood diva is the newest interesting slot game JDB has developed and released by JeetWin. The game provides a combination of fun and adventure to improve the experience of gaming.