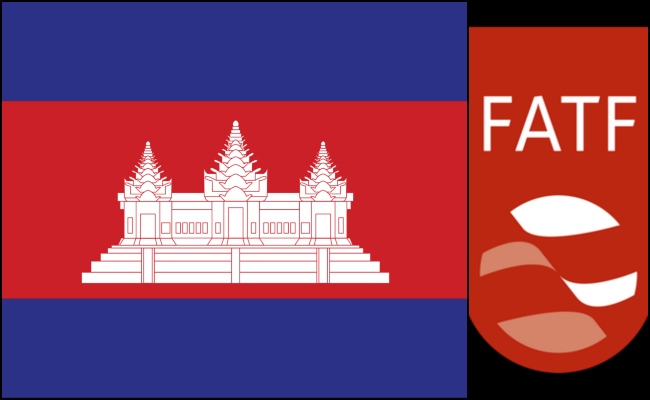 
The South-east Asian country of Cambodia has received troubling news last week as it was added to a ‘grey list’ by the international body called Financial Action Task Force (FATF). The institution added Cambodia to the list since the country didn’t live up to FATF’s standards of curbing illegal operations like money-laundering and financing terrorism.

In its plenary meeting on 20-22 Feb, FATF took this fateful decision in its Paris headquarters. Cambodia is increasingly becoming one of the poker hotspots of the country. It has added many casinos in its region, and some neighbouring countries like Philippines, Vietnam, etc. going hard on gambling, the country has seen a surge of gambling enthusiasts in recent years.

In a report of the meeting, FATF said on its website, “FATF has identified Cambodia as a jurisdiction with strategic AML/CFT [Anti-Money Laundering and Countering the Financing of Terrorism] deficiencies. The country has developed an action plan with the FATF to address the most serious deficiencies. The FATF welcomed the high level political commitment of Cambodia to its action plan.”

Previously, Cambodia was included in the list but was removed from it in 2015. The present re-inclusion indicates that Cambodia hasn’t paid much attention to the issue of money-laundering within its borders. In October 2008, FATF had released a guide called ‘Guidance on the Risk-Based Approach (RBA) to combating Money Laundering and Terrorist Financing for casinos’ which was adopted by Cambodia, among other countries.

A spokesperson for the Cambodian Ministry of Economy and Finance was approached for a comment by The Strait Times but the ministry forwarded the questions to National Bank of Cambodia and the latter did not immediately respond to them. FATF president Marshall Billingslea commented that Cambodia has “significant deficiencies” and is therefore included in the list. He told the reporters that Cambodia “really runs the gamut” of these illegal activities. He also added that Cambodia has made a “high-level political commitment” to address the issue.

However, it should be noted that Cambodia is only listed as a country to be monitored. No plan of action has been called by the FATF, as opposed to Iran and North Korea where both of them have plans of action called to curb its illegal activities in relation to money-laundering and terrorism financing.

Keep reading GutshotMagazine.com for more such news stories and for general casino/gaming/gambling related stories from around the world.