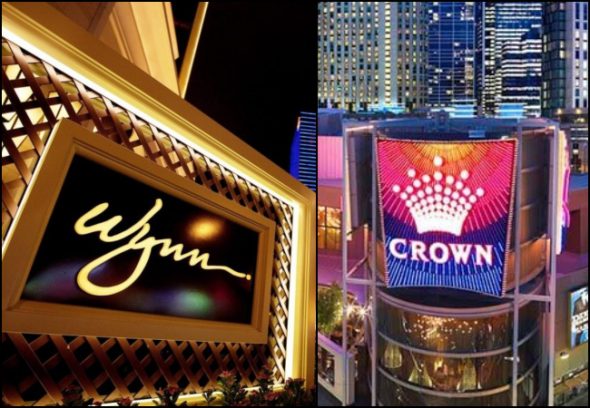 
Wynn Resorts, the Las Vegas based casino operator, formerly owned by headed by Steve Wynn has decided to terminate its deal of buying Australia’s Crown Resorts. The deal worth AUD 10 billion ($7.1 billion), which was supposed to be imminent, because the information got leaked, Wynn stated.

The statement was released over-night and Wynn spokesman Michael Weaver said, “Following the premature disclosure of preliminary discussions, Wynn Resorts has terminated all discussions with Crown Resorts concerning any transaction.” Crown Resorts confirmed previously that it was in confidential discussions with Wynn Resorts, and even the fact that it was in talks with them was supposed to be kept confidential, failing which Wynn scrapped the deal.

Wynn Resorts had submitted a takeover proposal in Australian Securities Exchange to check whether Crown’s shareholders would be willing to pursue it. Crown shortly afterwards revealed that this proposal was to be arranged with the amount being paid 50% in cash and 50% in Wynn’s shares.

Crown had said, “The proposal currently contemplates acquisition consideration with an implied value of AUD 14.75 per share with the exchange ratio being fixed, using a volume weighted average price for Wynn shares, immediately prior to the announcement of an agreed transaction.”

After confirming Wynn’s withdrawal yesterday, Crown’s shares dropped accordingly, but the company is still worth $724 million more than before the Wynn acquisition proposal became public. The majority of Crown’s shares are owned by James Packer. He stepped down the company’s board last year due to mental issues.

Wynn Resorts has also been in the news for the wrong reasons. It’s former CEO and Chairman Steve Wynn was accused of sexual misconduct allegations. The company’s license in Nevada was in jeopardy recently but the company sorted it out. On the other side of the continent, a Massachusetts regulatory body released a report saying Wynn’s executives tried to hide their boss’ allegations, though Wynn Resorts didn’t deny this report. Keep reading GutshotMagazine.com for more such casino industry news, updates and for general gaming/gambling news from around the world.