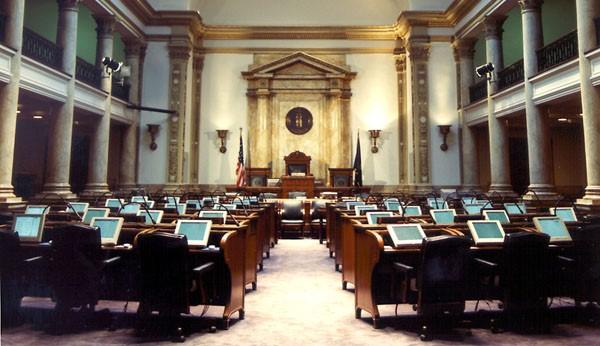 
Kentucky, a majorly conservative state in the United States, has tried in the past to legalize online gambling but it did not amount to anything. However, a recently introduced bill in the House could possibly be the start of positive things to come for the industry in Kentucky.

Republican Representative Adam Koenig was the person to file the bill in Kentucky’s House of Representatives. The bill is titled HB 175 and went to the House for approval on 5th February. 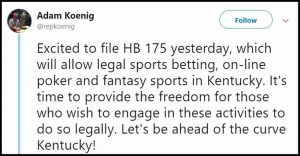 Another bill related to legalizing sports betting was introduced a little over a year ago in the state, called Bill S 22. Before that, other bills have come and gone with no final decision coming out of it. The HB 175 is the first gambling related bill to be introduced in Kentucky after the historic US Supreme Court decision which struck down all hurdles in the way of sports betting.

The number of times poker features in the HB 175 is more than 12, with the exact words of the bill stating that it would amend a statute to “create a new section… to require licensure for online poker.”

The reactions Koenig received on his tweet were overwhelmingly positive, with one user saying, “Awesome … online poker deserves to be legalized for all Americans to play. Good first step. It is a game of skill, and good source of revenue.” Another user said, “Thank you. I would love to move back to my home state when this bill passes.”

However, the recent DOJ reinterpretation of the Federal Wire Act implies that Kentucky-based players would not be able to play against an international pool of players using real money, or even players with other US states. The reinterpretation already received backlash from major stakeholders.

The state to bear the brunt of the DOJ reinterpretation the most was Pennsylvania, which was supposed to join the existing shared player pool between Nevada, Delaware and New Jersey in early 2019, but regulators barred it from all gaming inter-state gaming operations and would now be ‘entirely intra-state’.

Multiple US states like Washington DC, Mississippi, New Jersey and Nevada have already legalized poker in their region, and states like New York, Virginia, Iowa, etc. are in process of legalizing gambling in it. Keep reading GutshotMagazine.com for more industry news as well as gaming/gambling news from around the world.