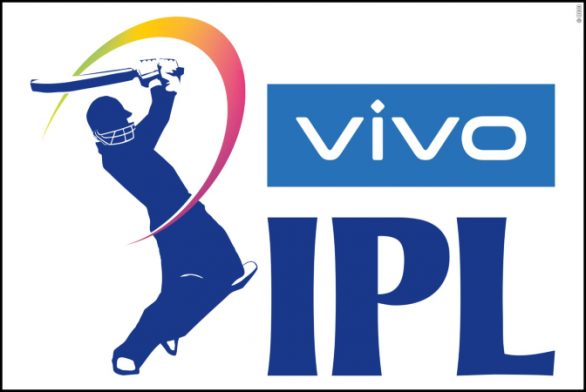 The upcoming 2019 Indian Premier League (IPL) schedule is out for the group stages. The 12th edition of IPL will pan out with all eight teams playing seven home matches at their respective home grounds. The schedule for the play-offs will be announced in coming time.

The schedule looks quite balanced. The travel factor for players is a major concern but this time, afternoon matches/weekend matches are all scheduled perfectly. The Board of Control for Cricket in India (BCCI) has factored in the 2019 Lok Sabha elections dates and phases in respective states so as not to clash matches with voting times.

Chennai Super Kings (CSK) were the winners of IPL 2018. They will collide with Royal Challengers Bangalore (RCB) in Chennai in the opening match, on 23rd March 2019. Earlier, BCCI announced first 17 matches’ schedule before announcing the complete group stages date today. This was done keeping in mind the LS polls.

In the phase between 23rd March – 5th April, all the teams will play a minimum of 4 matches, while the re-branded Delhi Capitals (DC) and Royal Challengers Bangalore (RCB) playing 5 games in that phase. Dream11, the leading fantasy sports website in the country, was signed by BCCI earlier this month to become its Official Fantasy Partner for 4 years.

Here is the complete schedule released by IPL: 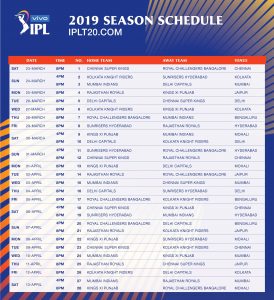 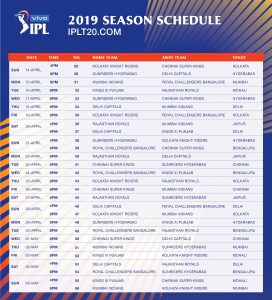 Keep reading GutshotMagazine.com for more sports news like this and for general gaming related updates from around the world.