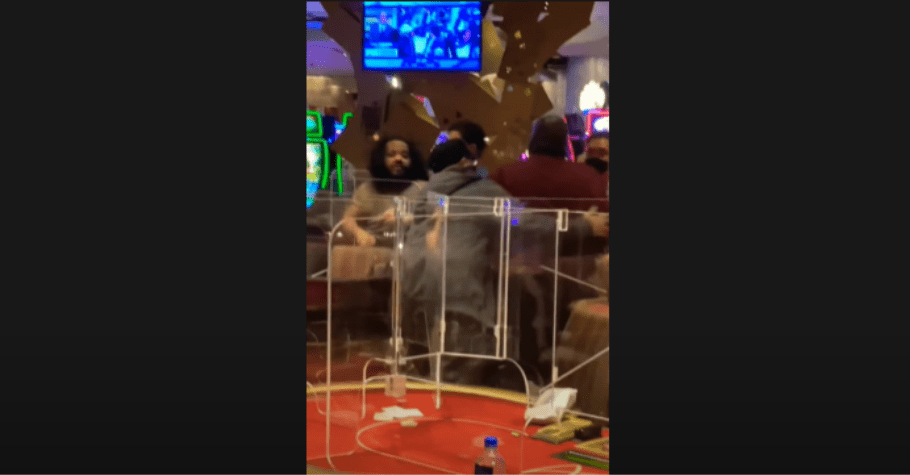 All safety measures at the ARIA Resort & Casino took a back seat when a fight erupted between a dealer and a player on one of the tables. The YouTube video, which was released, captures the two men lunging at each other while others in the casino try to separate them from each other.

The peaceful game of poker turned ugly when one of the players forcefully pushed the dealer onto the table. The dealer responded by landing punches to the guy’s face. The commotion caused all the other games to come to a halt as the fight continued to rage on.

The other people present in the casino tried to break up the fight and were successful for a brief moment. However, this did not help as the player continued to utter something to the dealer causing the dealer to move closer to attack him again. Chickening out of the deal the players runs behind of the tables to escape the wrath of the dealer. Watch the video below.

Although it looks like no one got seriously injured, some of those punches are going to leave a bruise. Fights are not uncommon in casinos, owing to the tension when playing an intense game along with the alcohol that is also involved. Many videos of similar brawls have gone viral and some of them have cause people to comment and poke fun at the situation. People want to win the big bucks and when they don’t fights like this one are bound to happen.

So, folks next time you play at the casino please be sure to tip your dealers, try to not attack them even if you do get the worst hands at the table. These casino fight scenes make for some hilarious videos on social media. For more amusing and interesting content, keep reading GutshotMagazine.com.