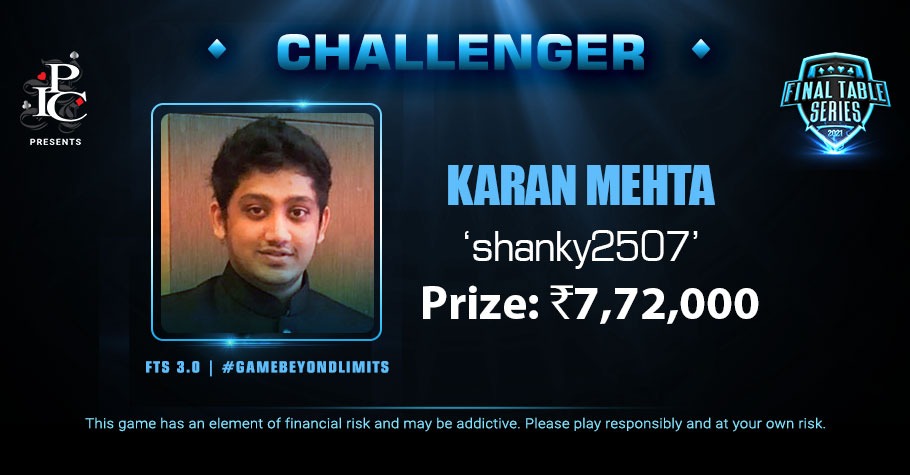 
The Final Table Series (FTS) 3.0 is going full blast. Some intense action unfolded today, and all eyes were on the marquee tournament—FTS 3.0 #14 Challenger event. Just like us, if you were glued to your screens, you know that Challenger had some nail-biting drama. The game was paused when the final table (FT) was set with Rajat Sharma as the chip lead. 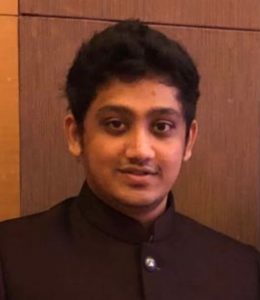 The top eight players from a pool of 666 entries battled it out on the FT today for the massive ₹40 Lakh guarantee. Finally, it was Karan Mehta aka ‘shanky2507’ who nailed this tourney to become the ultimate Challenger. Mehta laughed his way to the bank with ₹7,72,000. 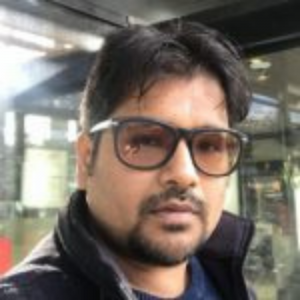 The first casualty on the Challenger FT was Amit Saraff aka ‘Fishy27.’ Saraff resumed the game with the fifth-highest stack of 25 BB. However, he could not change the game in his favour and got busted in the eighth position for ₹88,400. 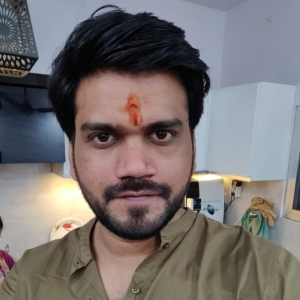 Next in line was Nitesh Katiyar aka ‘KATIYAR11’. This pro had 43BB (third-highest stack) at his disposal. But he failed to utilise his advantageous position and bowed out on the seventh spot for ₹1,26,800.

It was exciting to see Jagat Bhandari aka ‘jk307,’ who entered with the lowest stack of 14BB, survive way beyond what was expected. He busted on the sixth spot for ₹1,68,400. 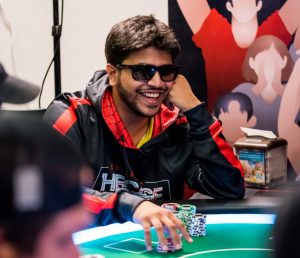 The 24-year-old Neel Joshi aka ‘Worm33’ departed after busting at the fifth spot for ₹2,15,600. Joshi had 30BB to fight the competition. But sadly, had to leave the table after slogging hard. 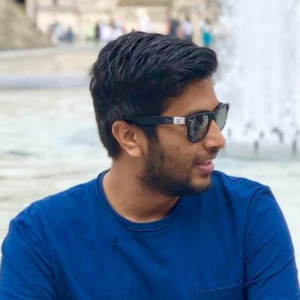 Deepesh Raka aka ‘prince1993’ was the next player to bid adieu. Raka, had 25BB when he resumed the game. But this pro finished fourth and added ₹2,74,400 to his bankroll. 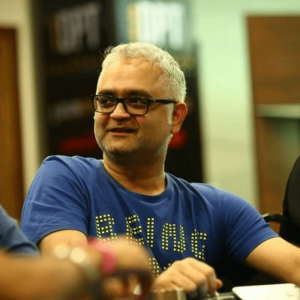 Rajat Sharma aka ‘NoPrisoners’ who was the chip leader, left the table at the third spot for ₹3,48,400. Sharma, who is a well-known player in the poker circuit, had a dominant position when the FT resumed. But this poker pro couldn’t do much as the competition got fierce. 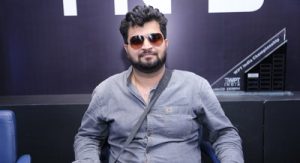 Harsh Dembla aka ‘aaja maal phuka’ played exceptionally well at the FT. He played with the second lowest chip stack of 25BB, but gave his opponents a run for their money. Dembla finished at the runner-up spot and cashed ₹4,86,400 after an intense heads-up with Mehta. 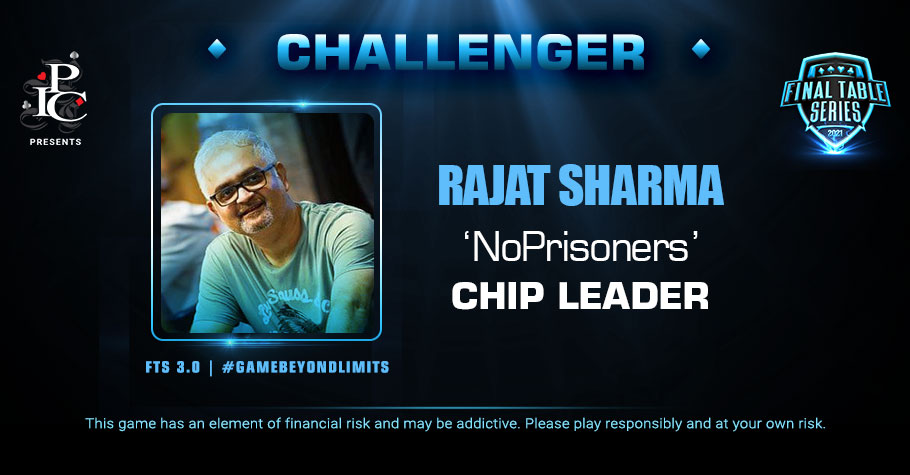 Rajat Sharma Poses A Challenge As He Leads The ... 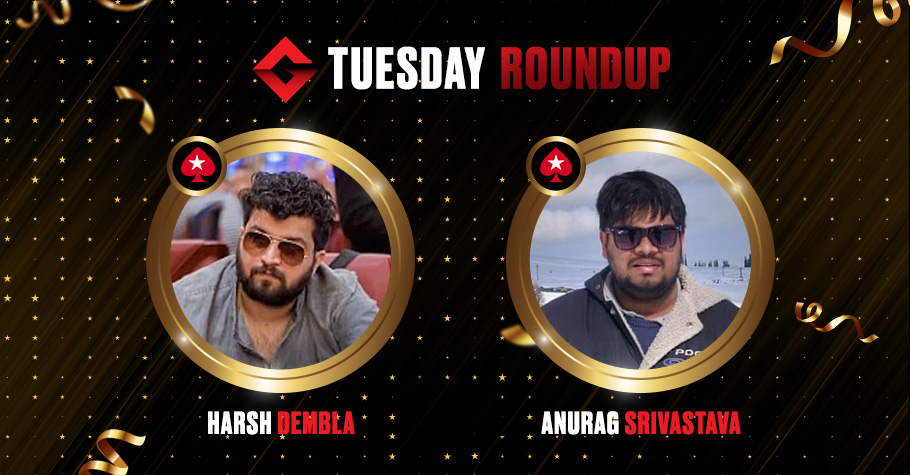 Tuesday Round Up: Dembla And Srivastava Clinch ... 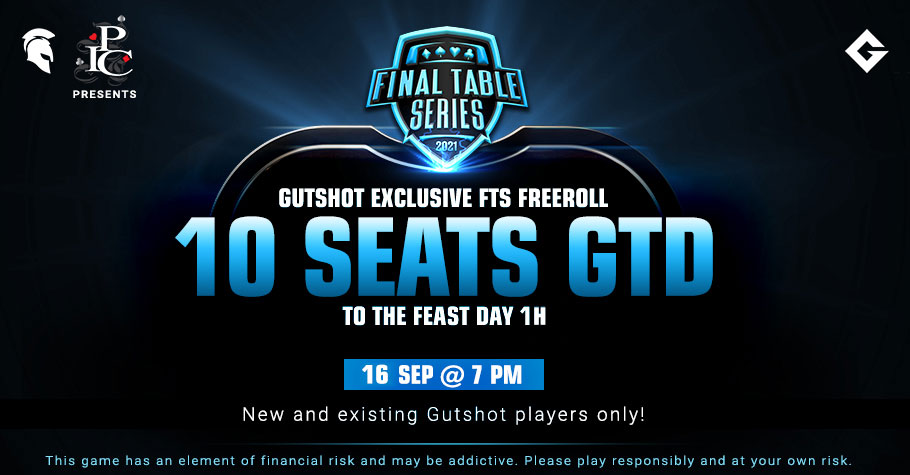