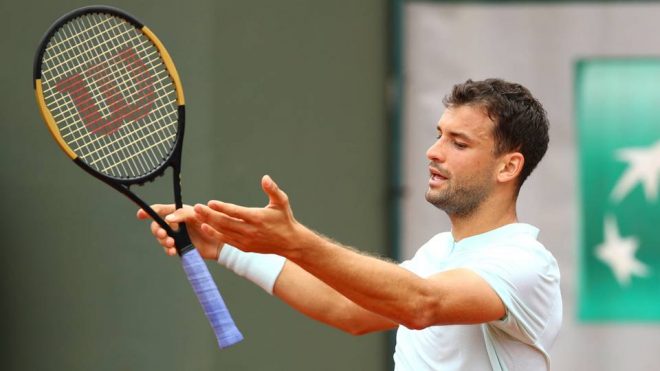 Young Alexander Zverev is seeded #2 in this tournament and he’s had a tough couple of games, with two consecutive 5-setters but he’s still managed to progress to Round 4. He was up against Damir Dzumhur and made a fantastic comeback, winning the final two sets in tie breaks after initially trailing 1-2.

The same seed in the women’s tournament, Caroline Wozniacki, had a much smoother match up, beating Pauline Parmentier 6-0, 6-3, setting up a Round of 16 clash against Daria Kasatkina. China’s Qiang Wang, who created a massive upset by beating Venus Williams in the opening round, lost her Round 3 game to Yulia Putintseva.

The biggest upset of the day was men’s 4th seed Grigor Dimitrov crashing out after losing in straight sets to seed #30 Fernando Verdasco. His last game was a struggle as well, beating Jared Donaldson in 5 sets but this time, he was crushed by his opponent, who at one stage won 7 games in a row, while Dimitrov couldn’t win more than two consecutive games.

All eyes are now on Day 7, where both top seeds Rafael Nadal and Simona Halep will be in action once again. Everyone will be interested to see how 2-time French Open Maria Sharapova goes against 6th seed Pliskova. India’s Rohan Bopanna will also be in action in his 3rd Round Men’s Doubles game. Keep watching GutshotMagazine.com for all updates on the 2018 French Open.