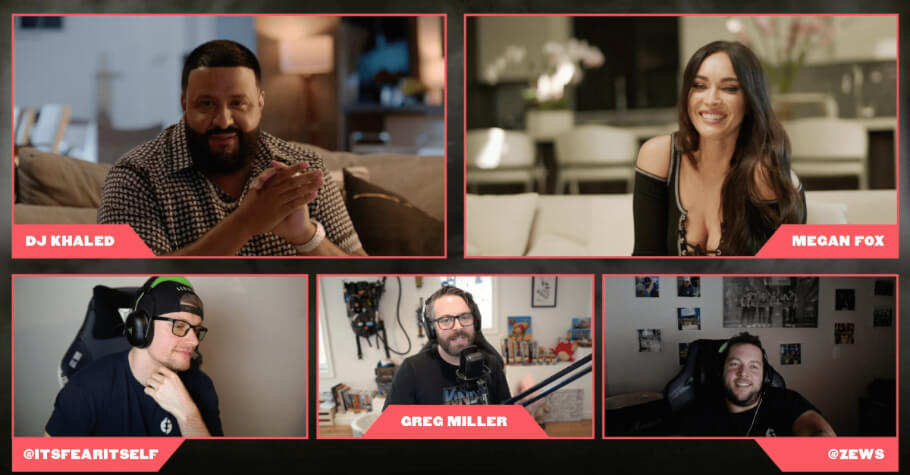 
LG, a Korean electronics company recently hosted an ‘Only OLED’ campaign that starred DJ Khaled and Megan Fox competing against each other in an epic live Fortnite battle.

The event was live streamed on a professional esports team Evil Geniuses’ Twitch channel. Evil Geniuses’ talent Justin ‘FearItSelf’ Kats coached DJ Khaled, while Megan Fox was supported by Wilton ‘Zews’ Prado, a legendary Evil Geniuses Counter-Strike coach. The owners of LG Smart TV now have access to exclusive moments from behind-the-scenes and additional content from the showdown between the two superstars; they can also watch it whenever they like on LG’s exclusive FOMO channel app. According to a report from Cision PR Newswire, Khaled and Megan battled it out in an intense face-off throughout the competition and the duo were even joined by Machine Gun Kelly, Megan’s rockstar boyfriend who cheered her on during the event. Despite losing to Khaled in round 1, Megan came out in round 2 and 3 making her the winner of Fortnite.

According to a report from Hip Hop Wired, the ‘Only On OLED’ campaign not only featured a celebrity game battle series but also featured a documentary styled short films starring professional athletes. The report also stated that the campaign had exclusive sneak peeks of content from 2021’s most awaited movie releases which were available only on the FOMO channel app on LG’s smart TV platform.

Reports from Cision PR Newswire stated that beyond gaming entertainment, ‘Only On OLED’ would also deliver exclusive sports and movie experiences featuring star athletes and some of the most popular releases of 2021. Reports further stated that the ‘Only On OLED’ will debut two short films featuring professional basketball and football superstars and thereby giving the fans a glimpse into the story of a player.