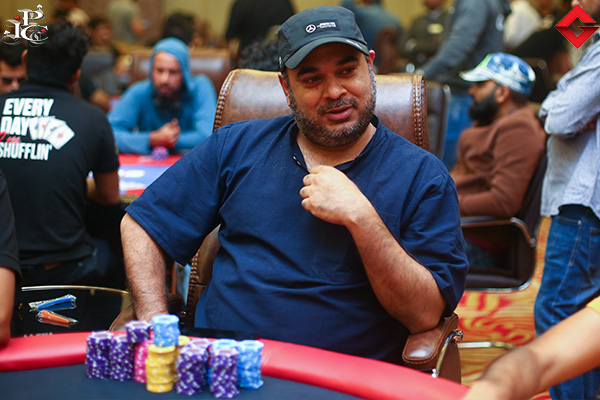 The Day 1B flight for IPC Megastacks May 2022 60K Main Event has finally come to an end. Despite the slow start, the day was still an eventful one. Poker players were back on the felts, refreshed after a good night’s sleep and were ready for a long grind. Among the 164 total entries that registered on Day 1B, there were many notable poker players bust out of the competition and re-enter until late registration was over at the end of Level 9. The game then continued until the end of Level 12 and the field has condensed to 48 survivors that will now head to play on Day 2 of the Main Event, which will commence on 22nd May at 1PM.

The day was also a star-studded affair as we spotted celebrities like Minissha Lamba, Aly Goni, Siddhanth Kapoor, Spartan Poker Pro Nikita Luther take their seat at the tables. Gutshot sponsored pro Dhirendra Kumar is among the players who have bagged and tagged their way to Day 2. Leading the lot is Sukhjit Singh with the highest stack of 408,000 chips.