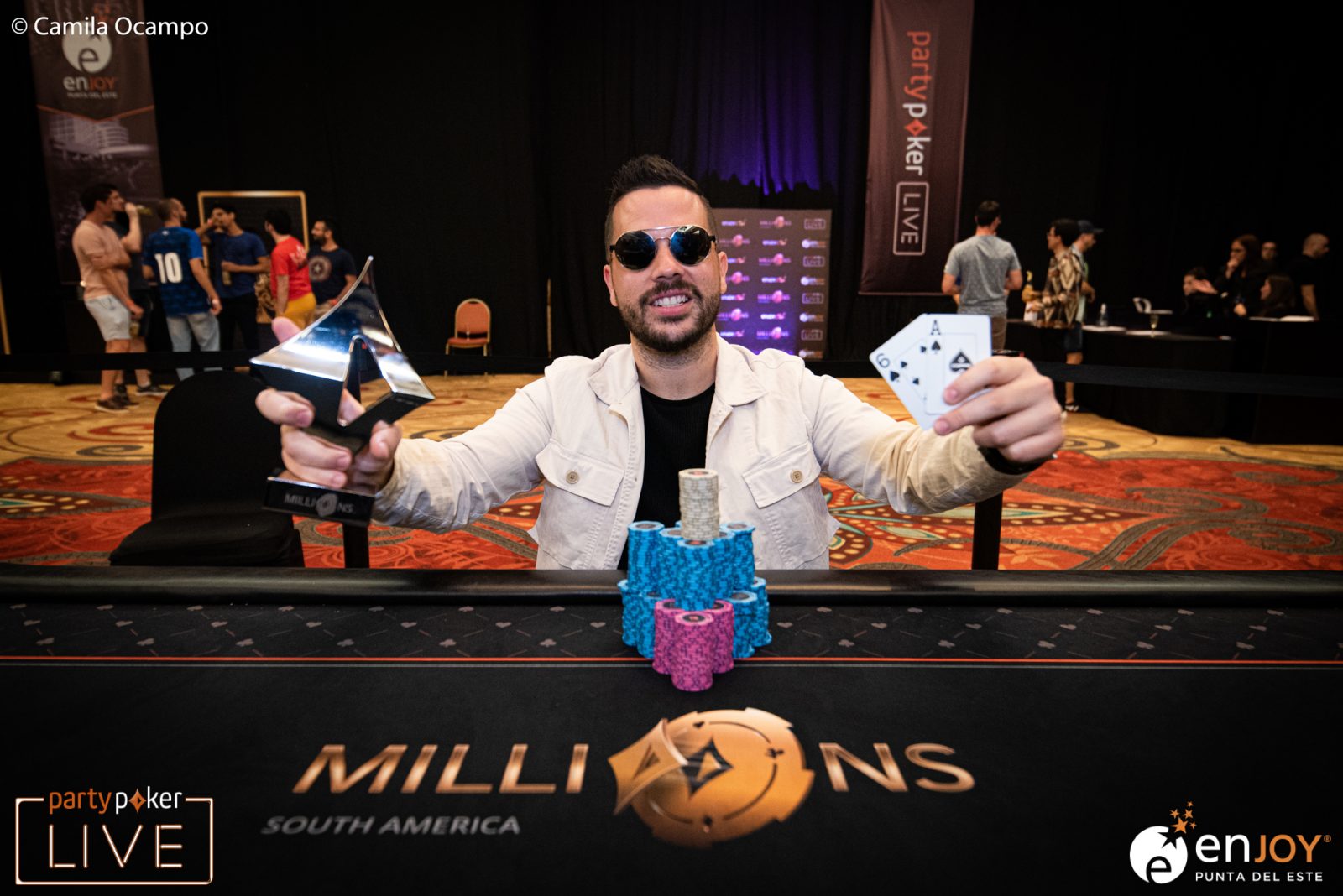 
The partypoker MILLIONS South America was underway at the Punta Del Este in Uruguay running between 6 to 15 February. Once again, Farid Jattin proved himself by taking down the $10,300 High Roller for an incredible amount of $200,000 in prize money along with the trophy!

The 2-day tournament pulled out 84 entries, the path to the money was fast-paced and the bubble bust after Damian Salas moved all-in with King Ten against Michael Del Vecchio’s Kings. And with his departure in 13th place the remaining 12 players were assured a paycheck.

The eliminations were rapid on Day 2 with Mario Bonanata, Oliver Price and Julio Alfonsin walking out before the formation of the final nine players. WSOP and EPT champion Kevin MacPhee exited in 9th place. This gave way to the 8-handed table.

Luis Gustavo was the first player to leave the table after losing his Ace Five to King Ten. Following next was 2018 WSOP Europe Main Event winner Jack Sinclair in the 7th place. It was after the elimination of Hilario Quijada in the third place that heads-up got underway.

Jattin was up against Rodrigo Seiji with about even chips but what looked like a long battle turned into a short one. Seiji lost a gigantic pot to Jattin and managed to double up twice but ultimately Jattin’s Ace Six busted Seiji’s Queen-Deuce to grab the third title of 2020 and $200,000 in prize money!

It has been a major year for Jattin so far, already sitting in the first position in Colombia’s all-time money list, the champion grabbed back-to-back titles in January, Aussie Millions NLH -25k Challenge for $678k another one was Australia Poker Open PLO where he boosted his bankroll further by $195,888!

For more updates on online and live poker tournaments taking place around the world, keep reading GutshotMagazine.com and stay tuned!