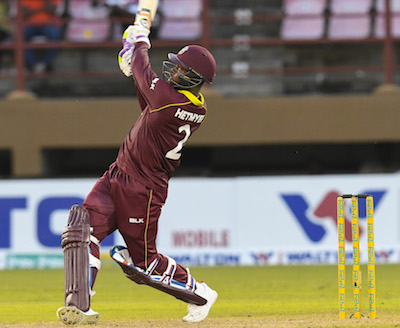 Not many would’ve expected Bangladesh to go to the Caribbean and beat the home team, especially when the West Indies team is brilliant at limited overs cricket. However, that’s exactly what happened in the 1st ODI, with the visitors cruising to an easy win after taking a beating in the test series.

It was a 3-match ODI series and West Indies had to hit back. However, their effort was pretty mediocre in the 2nd ODI as well, being bowled out for 271 after batting first. Their batsmen all got off to starts but none except Shimron Hetmyer kicked on. He scored 125 in just 93 deliveries that got the Windies to a defendable score.

The Bangladeshi batsmen then got off to starts as well, with none of the top five getting a score below 23. Tamim Iqbal followed up his match-winning century from the last game with another good performance of 54(85) as the other batsmen built the chase around him.

The experienced duo of Shakib al Hasan and Mushfiqur Rahim also scored fifties as Bangladesh seemed to be cruising to another victory that would help them seal the series. They just needed 14 runs to win in the last 2 overs, with 6 wickets in hand, but Bangladesh made a meal of it.

Keemo Paul bowled a brilliant over, giving away just 6 runs and getting the wicket of Sabbir Rahman and with 8 runs needed off the final over, Jason Holder decided to take on the responsibility himself. He got the wicket of Rahim on the first ball of the over, which was a high full-toss and Rahim would’ve been very disappointed as Holder bowled five good deliveries after that to win this cliff-hanger by 3 runs and equal the series 1-1. Man of the Match: Shimron Hetmyer.

Keep reading GutshotMagazine.com for major sporting updates from around the world.