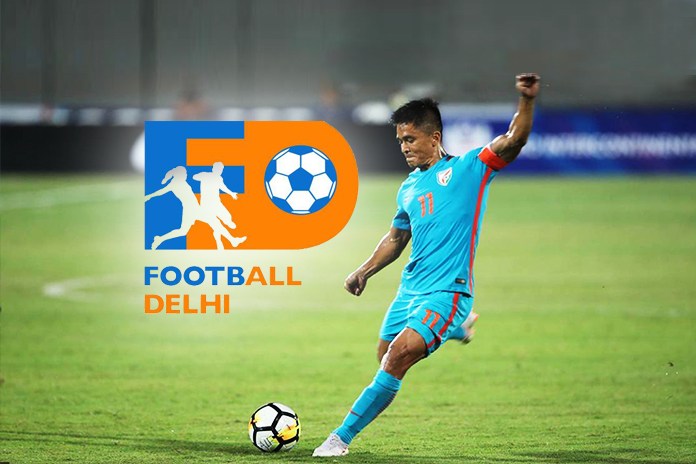 Football Delhi is the governing body for football in the Indian capital, New Delhi. Today, the football governing body has made a special announcement of celebrating city boy and Indian football captain, Sunil Chhetri’s birthday as Delhi Football Day. This is a fine gesture to celebrate a fine football player.

Football Delhi decided to honour Chhetri, the biggest ambassador of football in India, on his birthday. Today, the football icon turns 33 and this decision was taken at Football Delhi’s executive meeting. Chhetri has been Indian football’s poster boy over the years and is also India’s most prolific goal scorer at the international level.

Recently, Chhetri made massive headlines by equalling Lionel Messi’s record for the second-most goals scored by an active international football player around the world. He scored 8 goals in 4 games at the 2018 Intercontinental Cup and took his international goals tally to 64, equalling Messi and remaining only behind Cristiano Ronaldo.

Of course, Messi scored at the World Cup and went back ahead, leaving Chhetri at #3, but this isn’t the end for the Indian striker. He has a couple of years to go and will want to continue his goal scoring in however many more games he plays for India. Currently, he has 101 caps for India. He spent his formative years in Delhi and Football Delhi decided it was only right to honour him like this on his birthday.

Football Delhi President, Shaji Prabhakaran, shared the decision on his twitter handle. He said, “Delighted to announce the decision taken at the Football Delhi executive committee meeting. Indian Football captain Sunil Chhetri’s birthday ‘3rd August’ is declared as Delhi’s Football Day. A day to celebrate the beauty of football in Delhi. We have to act for the good of the game on a daily basis or else we have no right to be there. We need all the support to transform football in Delhi. An Everest to climb.”