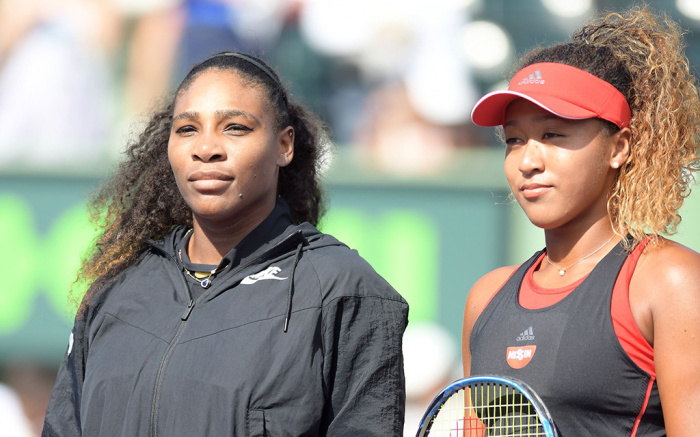 Serena Williams to face Naomi Osaka in US Open Final

Yesterday, on Day 11 of the US Open 2018, two Women’s Singles semi-finals were played and the winners of both the matches almost walked over their opponents. The 6-time US Open Champion, Serena Williams faced off against Anastasija Sevastova in the biggest tennis stadium in the world. Sevastova, the first ever Latvian to ever reach the semi-final round, took the break in the first set after a slow start from Williams. Despite the slow start, Williams capitalized on the match winning 12 out of 13 final games to reach her 2nd consecutive and 31st overall Grand Slam Final.

The match ended 6-3 | 6-0. The first set went on for 40 minutes and the Latvian won a few games but coming into the second set where Williams looked unstoppable and won it without even losing a game saw it end within the half an hour mark. Williams, currently with 23 major titles in the singles format, is on the brink of making history by equalling Margaret Court’s all-time record of 24 singles major titles. She has all 4 major titles at least twice which a great achievement on it is own.

Having missed the previous year’s US Open because of pregnancy, Williams must be excited to reach the finals in her home country. She had a few things to say after the match, “It’s honestly really incredible. A year ago, I was fighting for literally my life at the hospital after I had the baby. Every day I step on this court I’m so grateful that I have an opportunity to play this sport. No matter what happens in any match, semis, finals, I just feel like I’ve already won.”

The other semi final was between Naomi Osaka and Madison Keys. This match featured two of the youngest players to make it this far at the US Open in nine years, when a pair of 19-year-old Caroline Wozniacki and Yanina Wickmayer faced off in the final four in 2009. The 20th seed made history by becoming the first Women to reach the finals of the US Open in the open era by winning the match 6-2 | 6-4.

She has an amazing game as she saved all the 13 break points she had to face and finally beat the last year’s runner up for the first time in her career. Having lost the the previous three times the pair met, Osaka was eccentric and after the match she said, “It still feels really weird because I’ve never beaten Madison before. She’s a really good player. I thought I was visibly shaking and stuff (from nervousness).”

The 20-year-old landed 70 percent of her first serves in the match, went 3-for-4 on break point opportunities on Keys’ serve, and was perfect when she ventured to net (5-for-5). The 23-year-old Keys also had a few words to say on the match and her opponent, who is Top seeded in the whole of Japan, “I felt like if I could break, maybe I could get back into it,” Keys said, adding, “every time I had a break point, it was an ace or a winner or something like that (from Osaka). You keep fighting, but then for her to come up with some of those shots, it was difficult. You think, okay, she’s going to let up eventually, but she didn’t, so all credit to her.”

Now all eyes are set on Saturday as Naomi Osaka will face Serena Williams in the Women’s Singles Finals which hopefully be another nail biting match for the audience. Keep reading GutshotMagazine.com for more daily updates.