Mobile Premier League is the principal sponsor for Knight riders 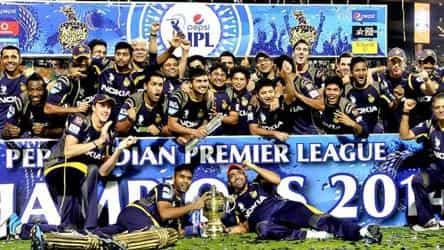 MPL Vice-President, Abhishek Madhavan said, “We are excited to be the principal sponsors for Kolkata Knight Riders. The team has been a household name right from the start and have won the IPL championship twice too .” He further added that they are hopeful and optimistic about building on this association for the years to come with Trinbago Knight Riders, which won the CPL Championship three times and will also help MPL reach out to the international sports arena. Madhavan also said the association is cemented for CPL and IPL this year. MPL had also partnered with Ireland’s cricket team to sponsor for Irish Men’s team jersey for the one day International series that began in July 2020.

Knight Riders MD and CEO Venky Mysore said, “We are excited to partner with MPL, which is a vibrant Indian start-up company in esports and gaming, run by a group of young people. Our partnership across KKR in IPL and TKR in CPL will create newer opportunities to socialise and activate our partnership.” For more updates on Fantasy Sports, keep reading GutshotMagazine.com