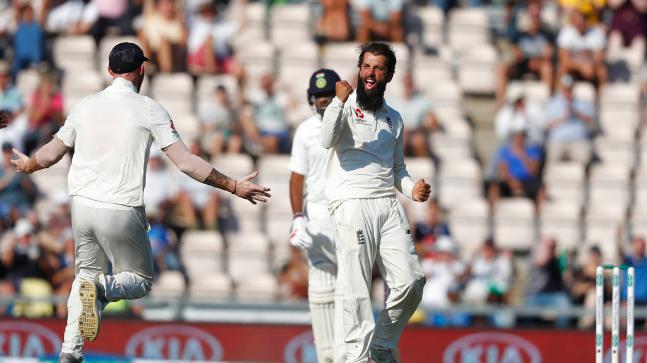 The Indian pace bowlers seemed to have done the job on Day 3 of the 4th Test played at The Rose Bowl in Southampton as they ended the day with England left with just two wickets at 260 runs at the end of day’s play. India entered Day 4 by getting a wicket on the very first ball which saw Stuart Broad playing an unexpected full length ball away from his body and hitting a thick outside edge for a simple catch for Pant. This was Shami’s fourth wicket in the innings. The last wicket was also taken quickly and the Indian team looked confident as they had to chase 245 runs and had ample time to make it happen.

Out came the batsmen, who looked confident at first, scoring no runs in the first two overs. India lost 3 wickets within the first 10 overs of the 4th innings for a mere 27 runs. The Indian skipper made his way to the crease to partner Rahane and the duo seemed to have adjusted well to the bowling attack. They looked strong together making a formidable partnership of 96 runs with both the batsmen scoring individual half centuries before Kohli got out by giving a simple catch to Cook on short leg leaving India at 123 for 4 wickets. India were looking strong with this partnership working for them.

Kohli’s wicket was the turning point of the match as the Indian middle order stumbled to the vicious bowling attack of England. Pandya went for a duck and Pant for 18. India from a commanding position on Day 3 and start of Day went on to give up their position to England’s amazing bowling attack. The end saw India bowled out for 184 runs and England winning the 4th test by 60 runs and a day left.

It sure has been a disappointing day for the Indian Cricket fans as England seal the series with 3-1 lead in this 5 match Test series with the 5th test just being a formality for them. The Indian cricket team would still try and give their all in the 5th test, hopefully avoiding further humiliation after a disastrous end to a match which seemed well in their hand.