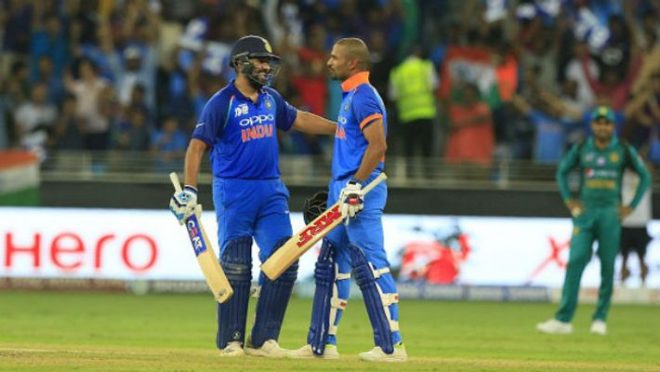 There was so much of hype over the Indo-Pak clash that took place in the group stage of the ongoing 2018 Asia Cup which is being held in the UAE. However, the game turned out to be a damp squid as India was all over their neighbours, eventually beating them and registering an 8-wicket win.

It wasn’t as close a contest as fans all over the world expected, especially after their last meeting in the Champions Trophy final which was won by Pakistan. However, Pakistan had a second chance yesterday in the Super Four stage, but this was even more embarrassing than their earlier game.

India bettered their first game performance by beating Pakistan by 9 wickets in yesterday’s match. No doubt, it was a better performance by Pakistan with the bat, but the bowlers didn’t step up. They managed to put up 237/7 on the board thanks mainly to Shoaib Malik’s 78(90) after his Man of the Match performance against Afghanistan.

However, none of their other batsmen managed to get in, except for Sarfraz Ahmed who supported Malik for a while in his innings of 44. Eventually, India had to come out early and watchfully play out the Pakistan fast bowlers’ opening spells. However, it was all attacking from the Men in Blue.

Shikhar Dhawan continued his brilliant form in the 2018 Asia Cup with his 15th ODI century after scoring one in the opener against Hong Kong. Shortly later, Rohit Sharma also registered another century after also crossing the 7,000-run mark in ODI cricket as India managed an easy 9-wicket win over 10 overs left to be played. They are still unbeaten in the Asia Cup. Man of the Match: Shikhar Dhawan.