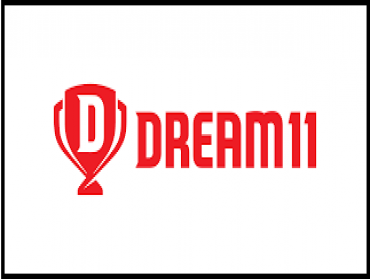 Game of skill versus game of chance involving real money, is a never-ending debate in the country. The past few years have been quite challenging for the gaming industry and among them, Dream11 has always been questioned its legality. Although the concept of fantasy sports in India is not new yet a taboo around the entire industry persists.

In December 2019, a two-judge bench of the Supreme Court upheld the order of the Bombay High Court that the gaming giant, Dream11 was a ‘game of skill’ and wasn’t evading GST. It further dismissed the various Special Leave Petitions (SPLs) filed against the court. The court dismissed the petition by saying that considering Dream11 as betting and gambling is no more “res integra” with the announcements made by the Punjab and Haryana HC and Bombay HC “The SLPs have also been dismissed against the orders of these High Courts.”

Just as we thought that the matter dissolves, the relief was however short-lived. A few weeks ago, on 6 March, a three-judge bench of the Apex Court issued a notice staying the Bombay HC’s order. Rahul Chitnis, the chief standing counsel for the Government of Maharashtra, representing the state said, SC was hearing an appeal filed by the State of Maharashtra against the entire judgement. It opens up both issues, the game of skill as well as evasion of GST.

This means that Dream11 is once again facing a legal hurdle. “The earlier dismissal of the SLPs by two judges of the Supreme Court was a non-speaking order, there was no legal opinion from them. Had it been a detailed ruling, things would have been different. But now the three judges may reconsider the whole issue again and they have the authority over a two-judge non-speaking order,” a lawyer said. Although there is still hope on the fact that the three previous courts have found enough evidence to prove it a game of skill.

Previously, the High Court had rejected Varun Gumber’s appeal who lost INR 50k on Dream11 and for the very first time in India, a court observed fantasy sports to be a game of skill. There were few others who also filed against Dream11 in various courts, claiming it to be a gambling platform.

It was Gurdeep Singh’s Sachar to file SLPs in the Bombay HC in April 2019, alleging Dream11 as a game of chance and evading GST. However, the HC ruled in favour of Dream11 and the matter was closed.

A fantasy sports operator said, “We can continue operating because the other courts have decided in favour. Now, I think it’s a good opportunity for the industry to solve this once and for all, and I think Dream11 would do a good job of it. This would close the discussion once and for all, and I as an operator look forward to it. The decision will take four to five months anyway.”

For more news and updates on the gaming industry and Dream11, keep reading GutshotMagazine.com and stay tuned and stay safe!