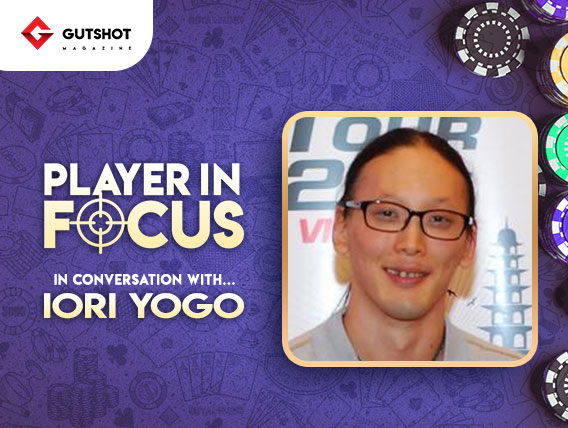 
It has been over 8 years since Iori Yogo first cashed out in a live poker tournament. Since then however, he has scaled so many heights in the Asian and international poker scene, with countless achievements under his belt. Today, he stands tall as one of the most feared mid-stakes tournament players in Asia.

The Japanese player first learnt about the game way back in 2002, during his education at Queen’s University in Canada. He graduated from there in 2006, majoring in Mathematics and Computing. Clearly, those math skills have been put to brilliant use over the years, having turned into a poker professional in 2010.

Even after turning pro, Yogo only played a few tournaments here and there until his initial good run began in 2013 in Australia, where he and a group of friends went for a 3-month cash game trip. It was after that that he started to put in a lot more volume in tournaments. 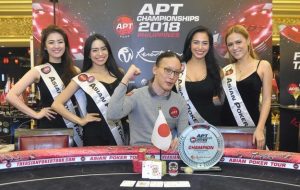 2018 in particular was an absolutely brilliant year for Yogo, and you can check out how he cashed all over the world in the year that recently came to an end. He began by winning the APT Philippines Championships Event in April, went on to win the APT Korea Main Event in August and then ended the year by shipping the APT Finale Championships Event last month. His 2019 poker adventures will also begin soon, with Asian Poker Tour (APT) commencing its Kickoff Event in Vietnam on 9th January 2019.

Even though he is such a big name in the Asian circuit today, Yogo has not been associated with or endorsed any major poker companies or websites as he believes he would give very little to such companies. He believes that being good at poker is not enough to qualify as an ambassador of a company.

Gutshot Magazine decided to have a small chat with this Japanese pro to know more about his career so far, his remarkable consistency on the tables, his views on the Asian poker industry and his general plans for the future. Keep reading for more…

Excerpts from our exclusive interview with Iori Yogo

Iori, you’ve had many big wins, but what according to you has been the highlight of your poker career so far?

There are several poker tournament wins and POY (Player of the Year) wins that made me happy over the years, but I just cannot pick a single one.

You seem to love the Asian Poker Tour, with 20 side event titles over the years…

The year 2018 was great for you, winning not just one, but three major APT titles. Does it make you feel like a top name in Asian poker?

What is your take on the future of live poker in Asia? How do you think it can get better?

Poker in Asia is growing but there are plenty of changes that can be made to ensure more players stick around. I hope the following for the Asian poker scene:

Have you ever been to India? Any plans of travelling to India for a tournament series soon?

I have never been to India, and as much as I would like to plan a trip to the country, the taxation is too heavy to justify flying over when there are other opportunities in Asia. 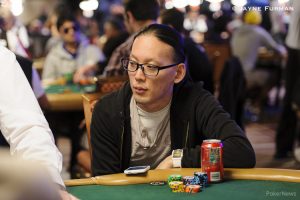 We wish Iori the best of luck in achieving his goal of crushing it at the felts till he’s old. He will be looking to make 2019 an even better year than the successful one he just had. Until then, keep reading GutshotMagazine.com for similar interviews with the top poker players across India and Asia.