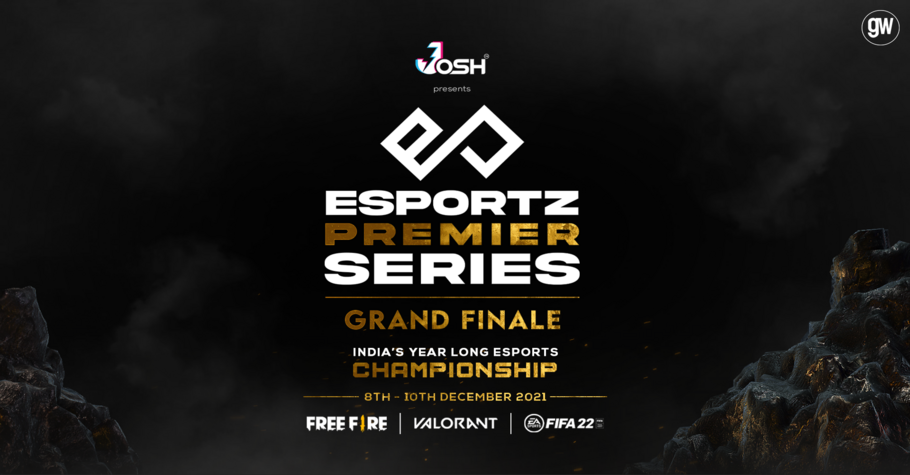 
Esportz Premier Series, India’s year-long Esports Championship is the flagship intellectual property (IP) of esportz.in, the gaming arm of Gig Work Private Limited. It was born from the idea of bringing a tournament for everyone, whether a participant looking for a platform to showcase his skills in esports or a casual spectator who enjoys watching games.

Esportz Premier Series welcomed gamers of all genres, be it PC, mobile, or console, with a tremendous prize pool of ₹40,00,000 on the line. The tournament began in January and the open-for-all qualifiers were held every month. The 12 open qualifiers, which included three games that are Free Fire, Valorant, and FIFA, drew over 5000 participants to the tournament and showcased 1000+ matches that generated 10.2 million impressions, attracting professionals and novices alike.

Each title, apart from FIFA had four open-for-all qualifiers, with ₹1 Lakh on the line in each of the four. ₹10 Lakh each is reserved for the Grand Finale of Free Fire and Valorant. FIFA had ₹50,000 up for grabs in each qualifier with a total of two qualifiers and has a cash prize of ₹5,00,000 for the grand finale. Qualifying teams are now ready to fight at the grand finale for the title and remainder of the ₹40,00,000 prize pool.

The grand finale has been moved online from LAN owing to COVID-19 concerns, with the best interests of the participants in mind, respecting guidelines, and placing a high focus on players’ health and safety. 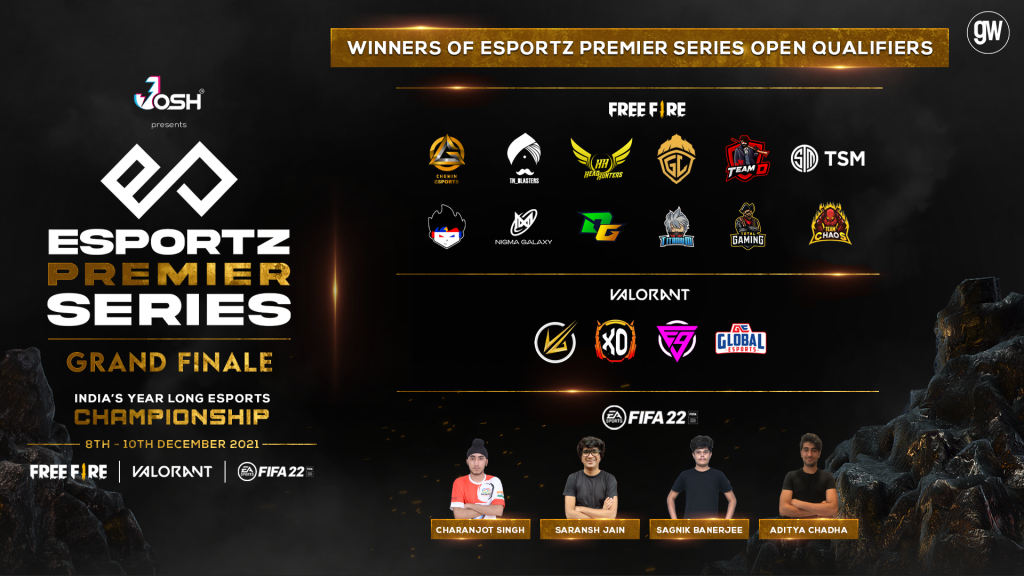 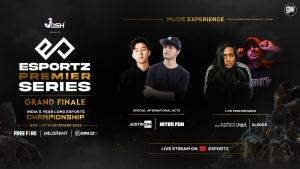 Justin Oh, who is South Korea’s fastest-growing star in electronic dance music, will play an opening act live. He is well-known for his hit “Wait For You,” which was featured in Paul Oakenfold’s mix CD “Never Mind The Bollocks.” Another international artist, Nitro Fun, who is a Mexican music producer best known in the gaming world for tracks like New Game, Final Boss, and Cheat Codes, will perform a closing performance on the final day. Furthermore, the last day will also feature an exclusive live performance of ‘Esportz Anthem,’ a special song for the gaming community created by trap and bass music producer Karan Kanchan and written and sung by rapper Sledge. Karan Kanchan has worked with Divine, MC Altaf, Kaam Bhari, besides co-producing tracks by Raftaar and RajaKumari, while Sledge has long been regarded as a stalwart of hip-hop and rap in India.

The last ₹5,00,000 of the prize pool is allocated for the final phase of the Esportz Premier Series, the online ‘Cosplay Championship,’ which also fosters the scene’s aspiring amateurs by dedicating a ₹50,000 prize pool exclusively for them. This will inspire cosplayers who are still in high school or college for future competitions. 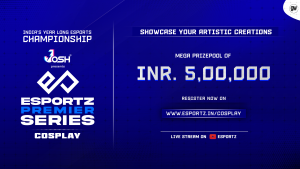 This is the first of its kind Cosplay Championship in India which is thoroughly online, and it will be held over three days from 17th-19th December, with Medha Srivastava and Jeet Molankar handpicking the best cosplayers in the country.

Registrations are live till 10th December at www.esportz.in/cosplay

With so many surprises in store for viewers, don’t forget to be a part of Esportz Premier Series grand finale as India’s top players of FIFA, Valorant, and Free Fire put a fight one last time for the culmination of ₹40,00,000 while completing the cycle of January to December.

From 10 AM onwards on 8th December, the grand finale will be exclusively live-streamed on the YouTube channel of Esportz. Make sure to follow esportz on Facebook, Instagram, and Discord because the Esportz Premier Series will also return in 2022 with a much larger prize pool. 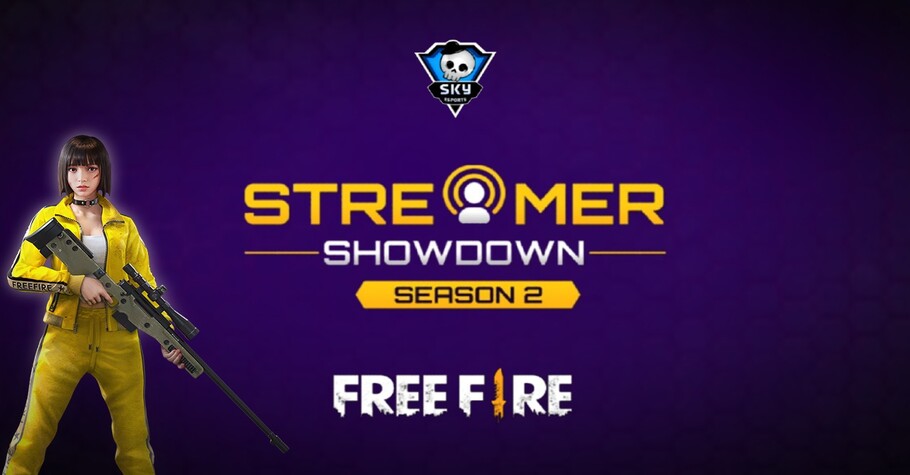 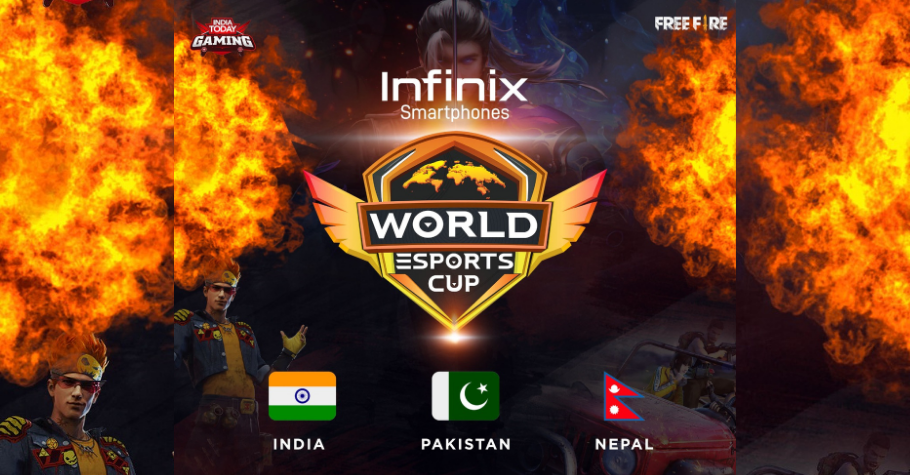 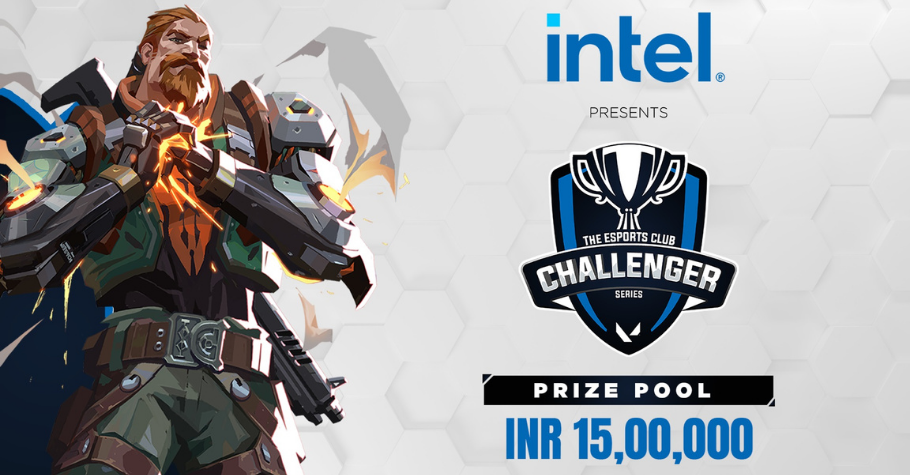 The Esports Club Partners With Intel For TEC Ch...