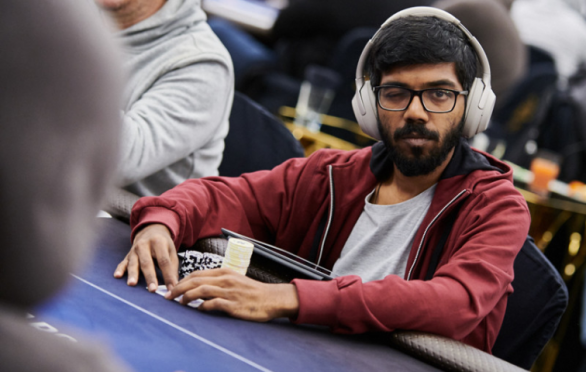 
PokerStars LIVE is one of the most popular live poker brands across the globe and with the poker boom in India, we’re seeing much bigger Indian participation in their series which are hosted at various locations throughout the year. Currently, the company is hosting the European Poker Tour (EPT) in Sochi, Russia, and a record Indian contingent is in attendance there.

A couple of highlight tournaments in the series include EPT National and of course, the EPT Main Event. Currently, everyone has their eyes on the RUB 77,000 EPT National, which has just completed its third starting flight. Over the first two, Indian players participated but didn’t progress, as Andrey Lukyanov sat pretty on top of the combined chip counts.

However, third time was the charm for Team India as Day 1C saw not one or two, but three Indians progressing. Among them were Jayjit Ray (121,000), Kartik Ved (178,000) and Aditya Sushant (456,000). None of these three need an introduction and while Ray and Ved are slightly below the average chip stack, Sushant is comfortable being one of the top stacks of the day.

Sushant posted a picture of his bag on Instagram to let the community know he will be playing on Day 2, along with Ved and Ray. Sushant is Indian poker’s poster boy and his live record keeps getting better with every passing month. Now, he is already in the money and will be looking to continue the dominance when he sits down at the table on Day 2.

Currently, Sushant holds the sixth largest stack of the day, a little behind the chip leader Matous Houzvicek, who has a stack of 698,000. 388 entries from the final flight made it the biggest of all, and took the total field up to 721 entries, beating 2018’s field of 705 entries. From this, now only 108 remain.

For all updates on the 2019 EPT National in Casino Sochi and updates on how far Sushant and other Indians manage to make a run, keep following GutshotMagazine.com.