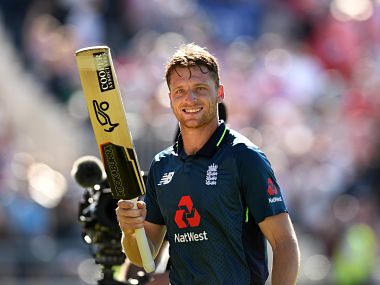 
Australia embarked on a tour of England a couple of weeks back and honestly, it has been one of the most one-sided contests in the history of the sport between these two countries. After Australia won the Ashes down under, they toured England to play 5 ODIs and a single T20I.

However, they came to this tour as massive underdogs, playing without their prime batsmen Steve Smith and David Warner, and without their strike bowlers Josh Hazlewood and Mitchell Starc. We were expecting an England ODI series win, but no one would’ve imagined such a one-sided contest.

Yesterday, England beat Australia in the 5th ODI and recorded a 5-0 whitewash of the ODI series, with only the T20I to be played now. While England dominated the entire series, yesterday was the only time Australia had a chance to win, but England ultimately got across the line with just one wicket to spare.

Australia batted first and got off to quick start, putting up an opening stand of 60 in just 6 overs. However, it all went downhill from there, finding themselves at 100/5 and at the end of the innings, only managing 205. Travis Head top scored with 56, while Moeen Ali did well on a turning pitch to pick up 4/46.

Australia however, picked up wickets with their pacers and they hit England early, reducing them to 27/4, 50/5, 86/6, 114/7, and 114/8. However, while the wickets were falling at one end, Jos Buttler was playing one of the best innings of his life, keeping England well in the game.

Adil Rashid gave him good support, until he was dismissed with 11 runs still to be made. Jake Ball then nervously fended off 10 deliveries in that last wicket partnership of 16 deliveries, and Buttler finished it off in style, with a boundary through the covers. It was a sensational comeback win from England as they completed a whitewash and Buttler claimed both the Man of the Match as well as the Man of the Series awards. He finished with 110* – his sixth ODI hundred.