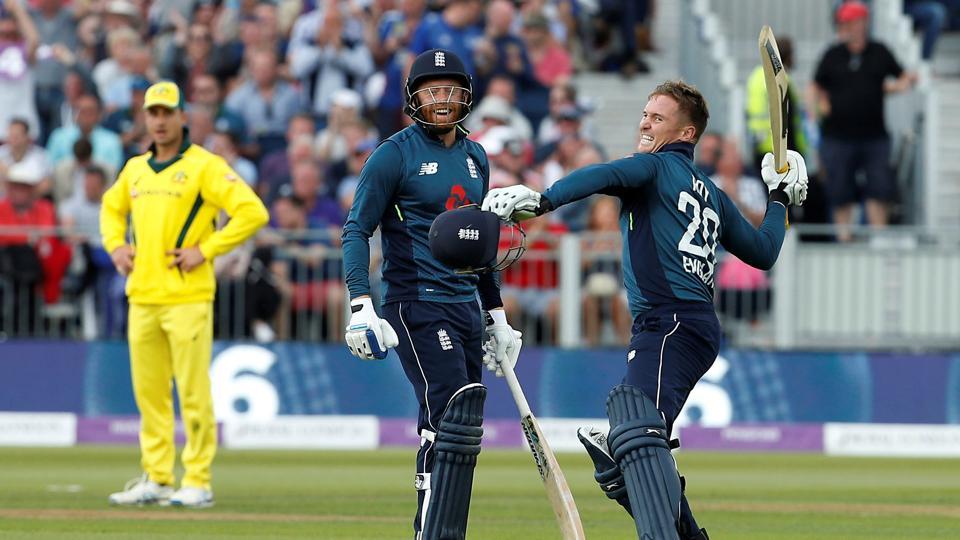 
Australia were under pressure before their tour of England, playing without Smith and Warner, and under new captain Tim Paine. England have taken full advantage of this situation and gone on to take a 4-0 lead in the ODI series, having won the 4th ODI last night, by 6 wickets.

They’ve batted first twice and bowled first twice in the series so far, but nothing Australia has done has helped their chances. After conceding a record 481/6 in the 3rd ODI, they went on to make three changes, dropping Short, Maxwell and Tye. Guess what? The changes didn’t work either!

Australia won the toss and bated first in yesterday’s 4th ODI and they looked the best they have in the series so far, putting up century stands for the first and second wickets, and both of Aaron Finch and Shaun Marsh getting hundreds. However, the lower order couldn’t contribute, with Australia only managing 310/8. David Willey had the best bowling returns – 4/43.

We’ve used the word ‘only’ because the England batsman were fresh off a score close to 500 and on another good batting track, this target was not going to be an issue. They bettered Australia’s opening partnership with Jason Roy and Jonny Bairstow putting up 174 for the first wicket and Roy becoming the third centurion of the game.

Bairstow continued on his brilliant form in all forms of the game, falling 21 short of yet another ODI century, while Jos Buttler came out and toyed with the field a bit, on his way to 54(29)*. He made easy work of the target, finishing the chase within 45 overs. Man of the Match: Jason Roy.

One match is left in the series. Can Australia salvage some pride with a victory? Keep reading GutshotMagazine.com for an update on that game.