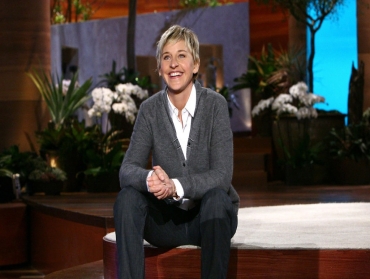 
An award-winning actress, a pioneering talk show host, and the legendary comedian, Ellen DeGeneres added another skill to her lengthy resume by celebrating her 62nd birthday with World Poker Tour (WPT) commentator, Vince Van Patten who gave her poker lessons, a gift by her wife Portia de Rossi.

Before DeGeneres presented at the 2020 Grammys, she was at home. Instead of throwing the comedian a huge party as she did for her 60th birthday, Rossi decided to keep things a little bit more low-key this year with one special surprise. “Happy Birthday to my wife! I surprised her with a poker coaching session with none other than WPT’s Vince Van Patten! Thanks, Vince!” she penned the caption alongside a video on Instagram which shows that he was easing Ellen into the basics of poker.

Van Patten, previously an actor and professional tennis player, having played the sport from 1978-87. In singles, he reached the third round of the US Open twice and Wimbledon once. He learned to play poker from his father, late actor Dick Van Patten when he was a teenager and currently a commentator in WPT, which now airs on Fox Sports Networks. Patten who was blown away by Ellen’s skills stated, “She’s very good, very strong, very aggressive, and really has a fun knack for the game. She has a great poker face and buys a lot of pots. She’s the table captain, so I’m impressed by that.”

The WPT personality and star of prop-bet comedy film 7 Days to Vegas left the DeGeneres household impressed by her skills. During the entire session, Ellen reminded him that she has a way with her words. As a comedy-writer, she can spin her tone and already knows how to bluff. When asked about Patten’s overall experience with Ellen he expressed, “It was great. First of all, she makes it fun. She understands poker is a social game. It’s a battle of wits and it should be fun. She has fun playing poker. That’s all you can ask.”

Although the comedian doesn’t have any recorded tournament cash, she still has some experience in the world of high-stakes poker. She plays the mind game all the time in the dressing room at The Ellen DeGeneres Show. Her admiration for the sport is immense, “They love poker and watch poker constantly.” In 2018 when the gossip site, Radar Online alleged that DeGeneres hosts high-stakes poker games at her home with other A-list celebrities where players swing a few thousand dollars, those reports haven’t confirmed their validation and the tabloid newspaper has made its share of false claims about celebrities.

Indeed, her 62nd birthday ended on a good note with the commentator gifting her a little book of all his tips. And in that case, we the viewers may expect DeGeneres to join stars such as Jason Alexander, Ray Romano and Brad Garrett at the World Series of Poker (WSOP) this summer. For the latest updates on poker news and industry, keep reading GutshotMagazine.com and stay tuned!