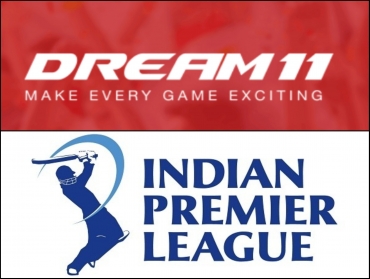 
The (IPL) Indian Premier League is the biggest cricket league in India and is among one of the biggest sports leagues in the world as well. Founded in 2008, the league has been growing in leaps and bounds every year since. IPL 2018 will be the 11th edition of the league and it is scheduled to be held between 7th April and 27th May 2018.

Dream11 is the largest fantasy sports websites in India that was founded in 2012 by Harsh Jain and Bhavit Sheth and has been growing ever since, making tremendous progress of late. They are industry leaders and even recently signed MS Dhoni, former captain of the Indian cricket team, as their brand ambassador. 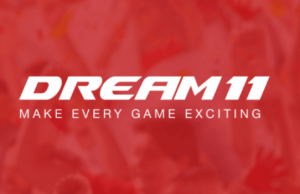 The IPL and Dream11 are both leaders in their own rights and it isn’t surprising that the two have decided to work together, with Dream11 becoming an associate sponsor of the Indian T20 league. They will join AMFI, Asian Paints, Future Group 11, MakeMyTrip, Parle Products, Polycab and Vimal Pan Masala as associate sponsors of the IPL. The presenting sponsors are Vivo, Coca-Cola, and Jio.

Dream11 will be extremely excited to be associated with one of the most prestigious annual events in India. Commenting on their deal with Star India to be an associate sponsor of the IPL, Founder and CEO Harsh Jain said, “As India’s most trusted and fastest growing Sports Gaming platform with over 2 crore users playing Fantasy Cricket, Football, Kabaddi, and NBA, Dream11 has been a category creator and leader of the Fantasy Sports industry in India. We are delighted to come on board for the Vivo-IPL 2018 because it will provide us great traction with the largest audience from any single event in the Indian television history, and we look forward to benefitting from the association.”

It is said that Dream11 will be targetting to expand their userbase from 2 crore to 10 crore registered users in the next couple of years, and this move will certainly enable them to achieve this goal. They have also partnered with creative agency Happy mcgarrybowen (part of Dentsu Aegis network) to create their brand identity.

For all updates on this partnership and for other gaming news from across the country, keep reading GutshotMagazine.com!