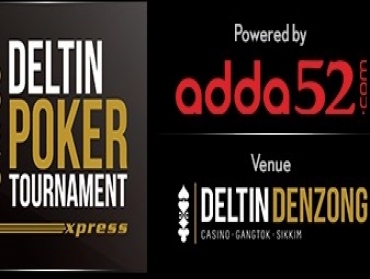 DPTXpress Sikkim to run between 14-17 March


If there is one live tournament brand that’s at the tip of every player’s tongue, then its undoubtedly Deltin Poker Tournament (DPT), in association with Adda52. DPT is a brand that’s recognizable to any poker enthusiast across the country. Their famous DPT series in Goa attracts a great turnout and is something that players look forward to every year. They recently announced their first  2019 DPT Goa to start in February.

Apart from their Goan presence, they also host the DPTXpress Sikkim at Deltin Denzong. This is part of their efforts to get the skill-based game recognized in the bubbling north-eastern states, where poker is much loved by everyone. In a recent development, they have just announced their dates for another DPTXpress Sikkim. The first DPTX was hosted in September last year.

Manish Adnani, Business Head of Delta Corp., said, “DPT Xpress is aimed at creating the similar tournament environment for the freshers, the fence – sitters and the cash game aficionados who otherwise are daunted by the large fields and thought of playing a tournament with a high buy-in purse.”

The series will be held between 14th and 17th March 2019 and will consist of 5 tournaments. The first of the tournaments lined-up is the Event #1 INR 5k Burn ‘N’ Turn, which will also be livestreamed through DPT’s social media. As mentioned, the buy-in will be INR 5k and players will get a starting stack of 10k to begin with. Every player playing in this event will get a #ONETIME Card which can be used to run the board twice. However, this can only be used in in all-in situations and only once in any given hand. Players will get only one #ONETIME Card throughout the tournament. For complete details on this, visit DPT’s Facebook page.

The following day of 15th March will see only one tournament – Event #2 INR 15k Main Event (Shot Clock) – and will offer 20k as starting stack. The unique thing about the Main Event this time is that it has the Shot Clock format, meaning there will be a 30 seconds time limit for players to act on a hand. It will be played till the Final Table is reached and continue the next day.

On 16th, the penultimate day of the series, Event #3 INR 10k Bounty will be hosted along with the Main Event Final Table. Bounty event suggests that players will earn bounties based on the number of knockouts they’ve delivered. The final day of 17th March will see Event #4 INR 10k Tag Team where players will battle it out in teams of two. 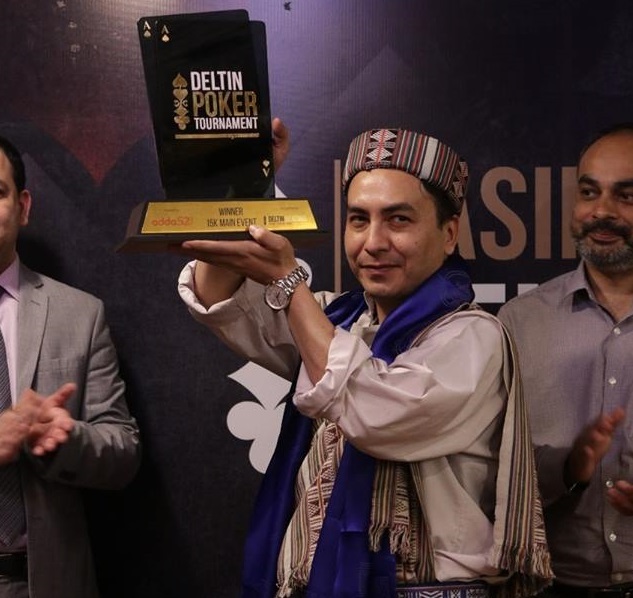 DPTXpress Sikkim is expected to attract a decent turnout from the region, as it had done in September last year where Sikkim local Bhola Sharma (pictured above) won the Main Event for INR 3.4 Lakhs. This time, DPT will hope to see players from metros like Delhi, Mumbai, Bangalore and Kolkata in more numbers, since the total buy-in of the whole series is just INR 35k, perfectly suitable for low and mid-stakes grinders who’re looking for some live poker action.

The fact that Sikkim created an air-strip for domestic flight services in October last year is another possible reason to expect a greater turnout than before. Keep reading GutshotMagazine.com for complete coverage of DPTXpress when it starts and for your daily dose of poker news from around the world.