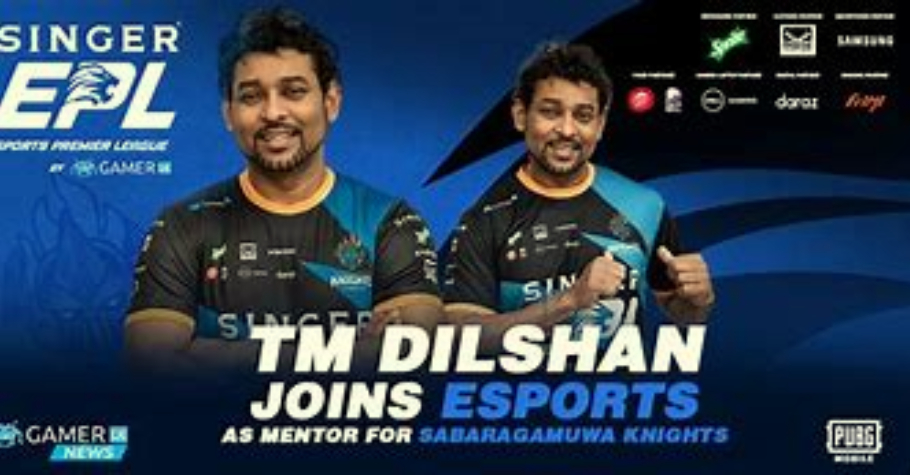 
TM Dilshan, known for his successful stint with the Sri Lankan Cricket team has now joined Gamer. LK’s Singer Esports Premier League and will be mentoring Sabaragamuwa Knights. Sri Lanka’s top Esports athletes contest against each other in the ‘PUBG Mobile’ game for a prize money of ₹ 1 million. The game is played by a million Sri Lankan youngsters and Sabaragamuwa Knights is one of the franchise teams of Esports Premier League.

Along with Russel Arnold, Chaminda Vaas, Sanath Jayasuriya, Lasith Malinga and Angelo Matthews, Dilshan becomes the sixth cricketer to announce his association with Gamer.LK’s League. The mentors inspire and guide the athletes who are recruited by the team and bring the team in spotlight during the games. 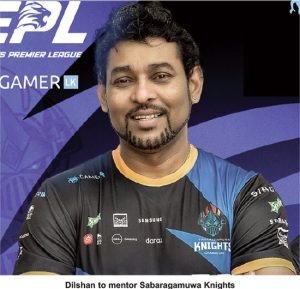 Raveen Wijayatilake, CEO of Gamer.LK and the Founder President of the Sri Lanka Esports Association says, “We are excited to have Dilshan aboard for Sabaragamuwa Knights. His vision and experience in the field of sporting events will help shape the team’s esports journey.”

Owing to Gamer. LK’s consistent efforts in organizing gaming tournaments, Esports has been recognized by the Sports Ministry of Sri Lanka as the 70th National Sport in 2019. With an estimated 4 million gamers in the country, over 2000 esports athletes are expected to compete for a spot in the 12 franchise team. The event will take place online through August, September and October this year.

With the growing popularity amongst the youth, many renowned brands have come on board as sponsors for the Esports Premier League. The long list of sponsors includes prominent names like Singer, Moose Clothing Company, Sprite, Pizza Hut, Taco Bell, Dell Gaming, Samsung etc. FriMi being the banking partner and Singer being the title sponsor of the gaming event, take a big step forward to cater to the gaming lifestyle of Sri Lankan gaming population.