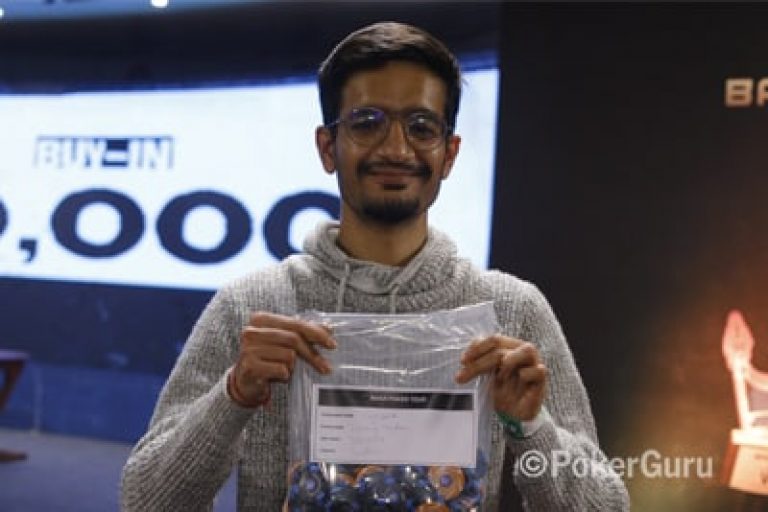 
Who would have known such an incredible start to the new year? Right now, Casino Pride 2 in Goan waters is hosting the return of Baazi Poker Tour (BPT) and the most anticipated INR 35k Main Event INR 2 Crore GTD is currently underway. However, the fifth event, MegaStack INR 50 Lakhs GTD is running alongside, assuring INR 50 Lakhs.

At the start of level 13, the two-day tournament enrolled a total of 223 players for a buy-in of INR 25,000. This made the event easily surpass the guarantee, generating a prize pool of IR 52.40 Lakhs. Although a minimum payout of INR 50,300 was assured to the top 24 places, Manish Lakhotia was unfortunate to climb up the list and busted in 25th, becoming the bubble boy of the tournament.

It was in level 20 that the final 15 were formed and ultimately the field was topped by Devang Yadav who accumulated the largest stack of 907,000 chips. Yadav, who is mostly known for his online victories has cashed twice in live circuit. The previous edition of BPT Main Event, the chip leader finished 11th, earning so far, his career-best $5,392. Yadav also appeared in the 2018 WPT DeepStacks Main Event that took place in Panjim.

Day 2 of MegaStack is scheduled to commence today, 14 January at 4 pm local time at the starting of level 21. The final 15 will be aiming for the top prize INR 12.65 Lakhs while the one to slip away first in the tournament is assured a min-cash of INR 76,000. For more updates on the Baazi Poker Tour and other tournaments from around the world, stay tuned to GutshotMagazine.com.