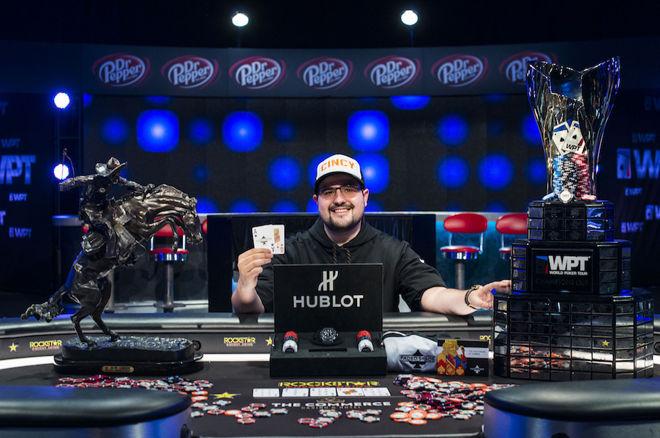 
If you were following the action at the 2018 WPT LA Poker Classic Championship, you would know that the Main Event was going on for over 4 days and it was Englishman Toby Lewis who was enjoying the chiplead for quite a while. A month after he cashed AUD 1,458,198 at the Aussie Millions Main Event, he was all set for another title and another 7-digit cash prize.

However, this time, it wasn’t to be. Lewis entered the final day as chip-leader and USA’s Dennis Blieden was at second place moving into the final table of the LAPC Main Event. Even though Blieden was the most inexperienced live player at that table, he managed to overpower Lewis and register his first live poker title.

When we say inexperienced, we really mean it. His profile on Hendon Mob shows nothing but a couple of cashes at the 2016 and 2017 WSOP, followed by a whopping prize of $1 million here at the LAPC Main Event. Surprisingly, it took less than a total of 80 hands (Blieden won 43 hands) to get from the final six players, to crowning a champion.

Blieden proved to be better than many top pros from all over the world, including Anthony Zinno who busted at 8th place, and Phil Hellmuth, who has over $22 million in poker earnings, in 15th place. It will truly be a night to remember for Blieden, the poker player from Cincinnati, Ohio.

Here are the final standings:

For similar reports of poker tournament wins from around the world, keep reading GutshotMagazine.com!