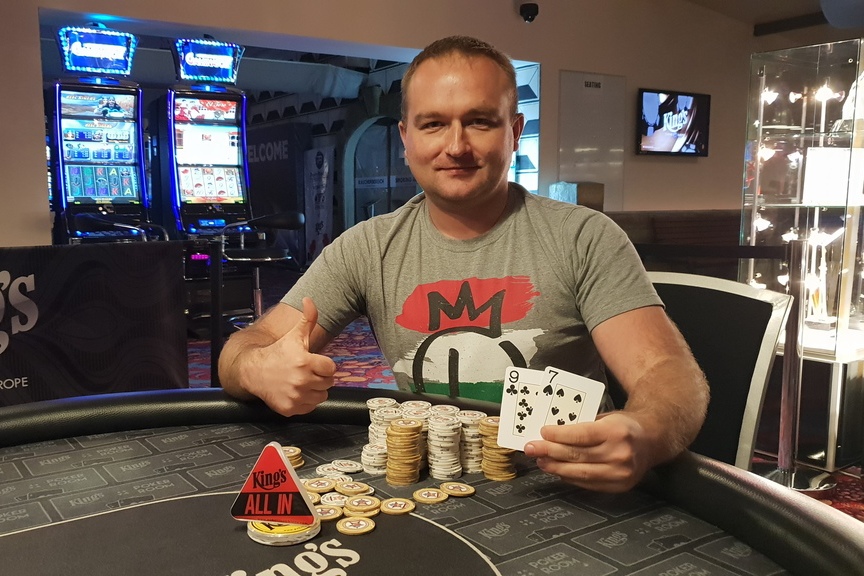 
Like we’ve reported in the past couple of days, quite a few Indians have been cashing out in the inaugural The Indian Poker Series (TIPS), which is being contested at the Kings Casino in Rozvadov. There have been several deep runs by Indian players at this series, which has buy-ins as low as live tournaments contested in India.

There were a couple of TIPS Poker Classic tournament held in this series, the first of which was shipped by Belgium’s Johan Cornelis Stijnen. Here, we reported news of Anish Patra and Pranay Chawla also cashing out in that tournament. Over the weekend, the TIPS Poker Classic 2 was also hosted.

Here, the buy-in was slightly higher (€90) than the first TIPS Poker Classic, but we still witnessed good participation. A total of 107 entries (86 players + 21 re-entries) registered to the tournament, with the €15,000 (~INR 12 lakh) GTD prize pool almost being matched.

The single day tournament was held on 18th August and the top 15 players finished in the money, with a minimum cash prize of €242. Three Indian players were among these 15, with Ankit Saxena being the first to be busted, finishing 10th for €299 (~INR 24,000); Saxena also made a deep run in the Welcome Event. The next to go was Chetan Adarshveer Jain, who hit the rail in 6th place, winning €841 (~INR 67,400).

Making the deepest run for Team India was Denish Ashok Desai, who got past almost everyone in this field, except Poland’s Marcin Jerzy Jaworski, who shipped the title for €3,667 (~INR 2.94 lakh). Desai had to settle for the runners-up prize of €2,522 (~INR 2.02 lakh), which was still a pretty decent prize.

Desai then also went on to qualify from Day 1a of the Main Event but failed to get a score there. Keep reading GutshotMagazine.com for similar updates on Indian poker players scoring big across the world.