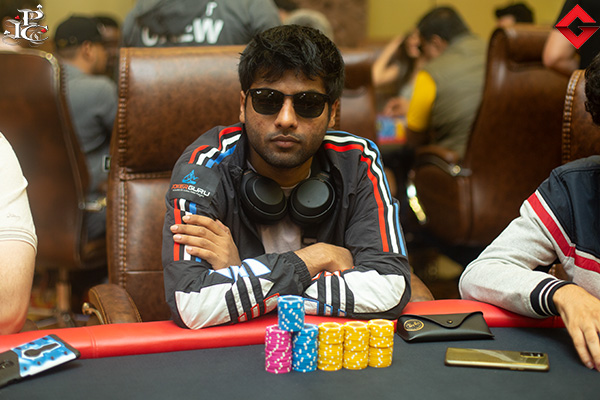 When you can tell a bluff played by a well-known grinder, people will call you brilliant. A sick call was made by Deepankur Gupta against Siddhanth Kripalani’s bluff who had K ♣ J ♠. Gupta had A ♠ K ❤ and raised to 68,000 when Kripalani opened with 23,000 preflop and the football lover called. On the flop (2 ❤ 5 ❤ 4 ♦ ), Gupta threw 43,000 and his rival called. On the turn (6 ❤ ), Kripalani bet 56,000 and his opponent matched with a possible flush and straight draw. River opened with 9 ♦ and Kripalani shoved all his chips into the pot and Gupta called with 138,000 and with what exactly? Ace-high! And Kripalani? Well, with KJ, it was a well intended (for him) bluff. Gupta sailed through safely with his high card and Kripalani lost a good amount of chips to his rival.